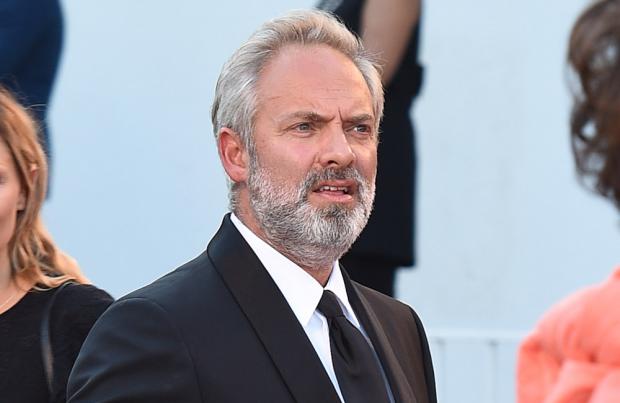 '1917' director Sam Mendes admits it was "gruelling at times" to film the World War I movie, but the cast and crew kept going by considering that their conditions were not nearly as bad as what it was really like to go through the conflict

Sam Mendes says filming '1917' was "gruelling at times", but the cast and crew kept going by thinking it "could not possibly have been as difficult as actually living it".

The 54-year-old filmmaker's latest project tells the story of two young British soldiers in World War I who are sent on a mission to warn of an ambush, and while the film's director and co-writer admits it was tough to shoot, the stars and production team knew the harsh realities were far worse than recreating the scenes.

He said: "However hard it got – and it did get gruelling at times – two things kept us from moaning.

"One was the fact that as a group, we were all in it together. And second, we were always aware that whatever we were doing, it could not possibly have been as difficult as actually living it.

"What's three weeks in the mud when some people spent three years there?"

Mendes also admits things happened while making the motion picture that he had "never experienced before" on a movie, such as the huge "sense of achievement" when they successfully nailed a shot.

He added to Variety: "It was an unusually unified crew, partly because the core crew was small. Everyone was prepping very early.

"Things happened with this movie I'd never experienced before.

"For example, I had my own monitor in a horsebox that had aerials attached, because I had to communicate at such a long distance.

"Right next to it was a big tent, so everyone could come at the end of a take and watch what they had done.

"We'd all talk through it as a group, and then go out and do it again. That feeling of a group tackling a single shot, it was exhilarating.

"And when we got it, the sense of achievement among all of us was wonderful, and I'd never experienced anything like that before. There were high-fiving and cheering when the shot was done; that kind of thing keeps you going."