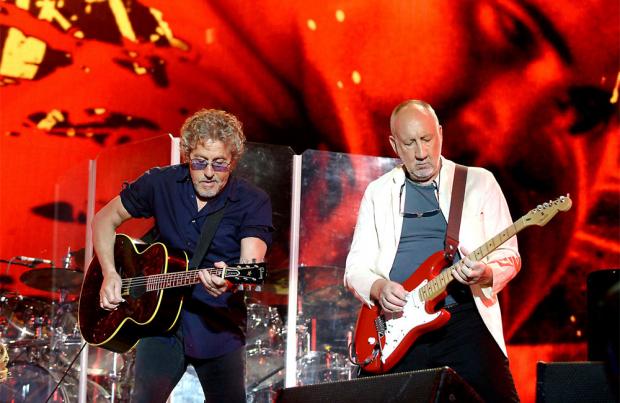 The 'My Generation' rocker has claimed the iconic group's 1970 'Live At Leeds' album pioneered the genre and influenced the likes of Led Zeppelin while other artists have since stole their "mantle".

He told the Toronto Sun newspaper: "We sort of invented heavy metal with [our first live album] 'Live At Leeds'.

"We were copied by so many bands, principally by Led Zeppelin – you know, heavy drums, heavy bass, heavy lead guitar and some of those bands, like Jimi Hendrix for example, did it far better than we did.

"Cream, with Eric Clapton and Jack Bruce and Ginger Baker, they came along in '67, same year as Jimi Hendrix, and they kind of stole our mantle in a sense."

The 74-year-old musician admitted he isn't keen on focusing on "that old heavy metal sound", and he insisted there are lots of other artists who "can provide it" for any fans wanting to listen.

He added: "So people who want to hear that old heavy metal sound, there are plenty of bands that can provide it. So it's not really what we can actually do today. Even if we wanted to, it was never high on my list of wishes."

Earlier this year, The Who received the founding stone in the Music Walk of Fame as the first act to be honoured with the special award at the site of the new monument in Camden Town, London.

Pete and bandmate Roger Daltrey were presented with the stone by Primal Scream's Bobby Gillespie, with fans and friends watching including the likes of Suggs and Jazzie B.

They said: "We are honoured to be the first band with a stone on the Music Walk Of Fame.

"Camden has always been vital to London's thriving music scene and is, as we all know, a world-renowned hub for the arts."