Tom DeLonge sells his rights to Blink-182 back catalogue 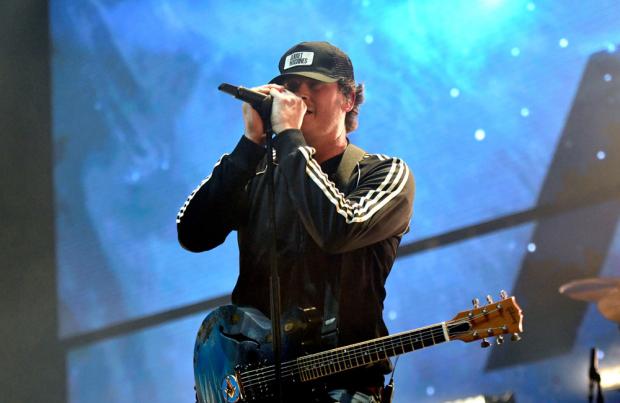 Tom DeLonge has sold his copyright to his former band Blink-182's back catalogue.

The 'I Miss You' rockers' former lead co-vocalist and guitarist has announced the sale to Hipgnosis Songs – a British Guernsey-registered music investment and song management company – and revealed that the partnership, which sees the firm acquire a total of 157 tracks, will enable him to "create more music for many decades to come".

He said in a statement: "It is an honour to have been playing music for so many years and to be in a position to partner with the great team at Hipgnosis to support my work.

"This is now a perfect opportunity for me to not only celebrate my past, but to also give me the foundation to create more music for many decades to come."

Merck Mercuriadis of Hipgnosis added: "If you're under 27 years old and making music they are a seminal band. They had angst, they had energy, they had humour but most importantly they had incredible songs and Tom is at the core of that. It's an honour to welcome him into the Hipgnosis Family."

Tom left the band – who are made up of original members Mark Hoppus and Travis Barker, as well as Alkaline Trio's Matt Skiba – in 2015.

The deal comes just months after the Angels and Airwaves star filed for divorce from his wife Jennifer after 18 years of marriage.

The 43-year-old rocker – who has two children Ava, 17, and Jonas, 13, with his former spouse – filed the papers in San Diego County Superior Court in September, citing "irreconcilable differences".

Meanwhile, Tom previously revealed he plans to re-join Blink-182 at some point.

The 'All the Small Things' star said he wants to reunite with his former group – who he co-founded in 1992 – "in the future", but said that he has "way too much going on" with his current band at the moment to think about a potential return.

He said: "I get it – trust me, I love Blink and it's given me everything in my life.

"And, you know, I plan on doing it in the future. But right now there's just no way – I have way too much going on because Angels and Airwaves is a part of To The Stars, and that's why it works."

The rocker admitted he had to deal "with a lot of losing my identity and people being angry with me" following his departure.

He added: "I had to rebuild who I am and what I want to do with my life, and the world didn't support it, really.

"I understand why, but then over time, they started to understand who I am and why I need to do the things I do."

The 'Rebel Girl' singer – who was announced as UFO researcher of the year in 2017 – previously had to deny leaving the pop punk group in a bid to search for aliens.