John Cena 'blown away' by The Suicide Squad script 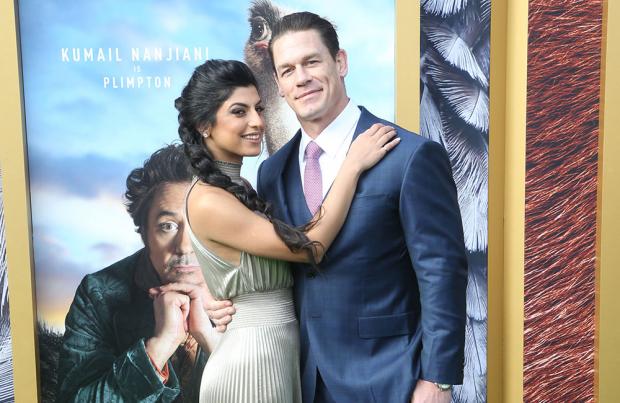 John Cena, who has an undisclosed role in 'The Suicide Squad', was "blown away" by James Gunn's script for the DC Comics blockbuster

John Cena was "blown away" by the script for 'The Suicide Squad'.

The 42-year-old WWE wrestler-turned-actor has an undisclosed role in the DC Extended Universe blockbuster and admits the first time he read James Gunn's story for the action sequel to 2016's 'Suicide Squad' he was excited.

Speaking to Collider, Cena said: "I was blown away. The first 10 pages (are) like a movie in itself. It's really, really special. That's because the guy steering the ship (Gunn) is committed to narrative and committed to creating characters that we connect with and sending them on an awesome journey. I mean what he did with Guardians of the Galaxy is really special."

Cena also opened about meeting the director for the first time and was impressed with the preparation Gunn, 53, had put into the movie, which also stars Margot Robbie, Jai Courtney and Joel Kinnaman.

Cena – who is dating Shay Shariatzadeh – explained: "The whole thing's storyboarded. I'm like, 'Man, this guy already knows the movie and if that wasn't flooring enough, I'm in some of the storyboards.'

"You want to go to work with people who jump out of bed every day and want to go to work. He is the epitome of that. He cares so much about what he's doing and I think especially when he's put in a position to write, develop, and do this by his rules essentially.

"He chose this franchise. He kind of dictated his terms and now he's really betting on himself and I hope everybody enjoys seeing it as much as we're enjoying making it, because it's awesome."

The 'Ferdinand' star was also delighted to wear his character's costume for the first time admitting it was a dream come true to become a DC Comics character.

John said: "Awesome. Awesome. There's folklore about like, 'Yeah kid, wait till you do a superhero movie.' I guess I'm used to my costume being jean shorts and a tee-shirt. So, it's a nice little change up that I didn't have to wear a ball cap and wristbands, but it was really cool."