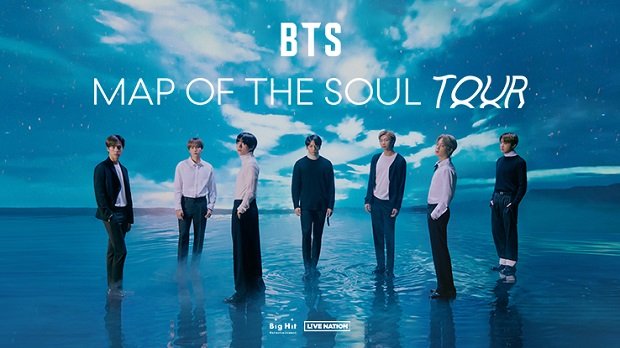 BTS announced they will bring their Map of the Soul world tour to Twickenham Stadium in 2020 on Fri 3 and Sat 4 Jul. Due to the recent Coronavirus (COVID-19) outbreak ticket sales have been pushed back. General sale will now begin on Fri 1 May.

How do I get tickets?

Those who are signed up to the BTS Gloval Official Fanclub Army will get presale access to tickets on 8am Wed 29 Apr. General sale begins on Fri 1 May.

Will the BTS London show be cancelled?

At this time no cancellation has been announced and the show is set to go ahead in July. This is subject to change, keep checking back to find out more.

How much are BTS tickets?

The K-Pop group – comprised of RM, Jin, Suga, J-Hope, Jimin, V, and Jungkook – announced they would be heading out on the road for a new world tour later this year, in support of their Map of the Soul album series, which includes last year's Map of the Soul: Persona, and the new release Map of the Soul: 7.

BTS' new tour will see them play at least two shows at most of their tour stops, including four dates at the Olympic Stadium in Seoul, South Korea, in April, and two dates each in US cities Los Angeles, Dallas, and East Rutherford in May. May also sees the group spend two nights in Toronto, Canada, and one night each in Orlando, Atlanta, and Washington D.C.

In June, the 'Boy With Luv' hitmakers head to Chicago for two nights, and then travel to Japan to play two shows in Fukuoka.

July and August see the group play a whopping six shows in Osaka, Japan, before stopping off for two shows each in other Japanese cities Saitama and Tokyo.

The tour dates also include two mysterious dates on 13 and 14 June which have been left blank and simply include a question mark, suggesting there are two more shows which are yet to be confirmed.

The dates fall around BTS' anniversary – which will mark their seventh year as a band – and so could hint at a special event to commemorate the occasion.

Tickets for theBTS 2020 UK shows go on sale on Fri 1 May following the fan presale.

An announcement regarding BTS MAP OF THE SOUL TOUR &gt;&gt; https://t.co/bEaVXs7SfT