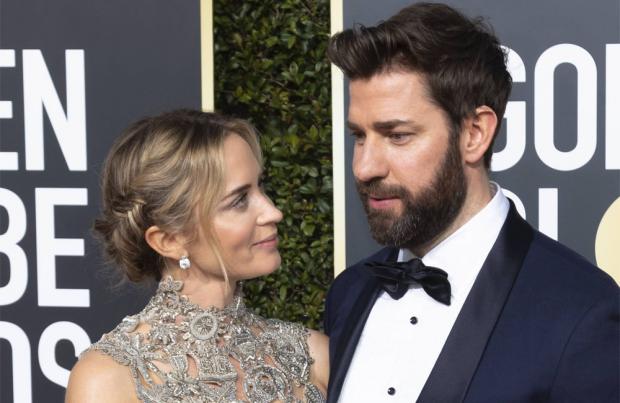 Emily Blunt was "gobsmacked" by the response to 'A Quiet Place' by audiences.

The 36-year-old actress – who starred opposite and was directed by her husband John Krasinski in the horror movie – was not only taken aback by how popular the film proved to be but also how much conversation it sparked concerning theories surrounding deeper themes.

She said: "I was gobsmacked.

"Not only by just how many people went to see it and then told their friends to see it, and then it had this meteoric life that was not expected by me...

"But also the very deep metaphorical themes that people pulled out of it, some of which were intended and some of which really weren't.

"They found it really involving and exciting."

John and Emily expected demand for a sequel but were initially resistant to being involved.

John admitted: "You know, I wrote the first one to be one thing.

"And then when it did well and [the studio] were like, 'We're going to do a sequel', I thought, 'Great. Go find someone else. It'll be great. Enjoy it.'"

Emily added to Total Film magazine: "We were aware that the studio was probably going to make a sequel, with or without us.

"There was a sense of protection of this baby that John had created.

"And I think that ultimately he was always going to maybe grandfather the next one.

"But we were both very steadfast about not being involved.

"And then all of a sudden that mad reaction happened and he was suddenly like, 'I have an idea. I don't know. It's just a beginning of an idea...'"

Lee Abbott (Krasinski), his wife Evelyn (Blunt), son (Jupe) and deaf daughter (Simmonds) live and work in an empty dystopian world in complete silence, hiding from creatures who hunt by sound. Krasinski's third film as director is a smart, weird sci-fi frightener that is beautifully simple but thoughtfully composed.