Sting adds extra dates to London Palladium 2020 run, find out how to get tickets 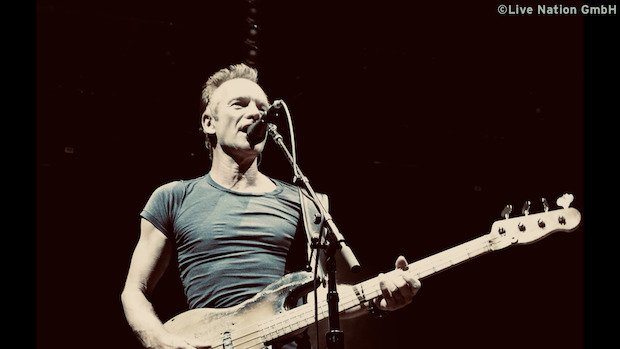 Sting has announced he will stop off in at London Palladium as part of his My Songs world tour this September. Due to demand, he has confirmed two extra shows fpr Tue 21 Sep and Wed 22 Sep. Tickets for the newly announced shows go on sale at 9am on Fri 7 Feb.

Since launching in Paris in May 2019, Sting's My Songs tour has garnered rave reactions from fans and critics alike across the globe.

My Songs is, you guessed it, a concert that showcases Sting's most beloved songs. The 17-time Grammy Award winner has had an illustrious career as a solo artist and as a member of the band The Police. Throughout the shows, Sting performs hits like 'Fields of Gold', 'Shape of my Heart', 'Roxanne', 'Demolition Man', 'Englishman In New York', 'Every Breath You Take' and many more.

A full electric rock ensemble join Sting on stage and support for the shows come from pop-group Cruel Hearts Club.

Speaking of the shows Sting commented 'Having travelled the world with the My Songs tour, I'm delighted to bring it home to the UK later this year and to perform again at such a historic venue.'

Sting performs at the London Palladium from Thu 17–Wed 22 Sep. Tickets for the newly announce dates on Tue 21 Sep and Wed 22 Sep are available at 9am on Fri 7 Feb. Remaining tickets for all other dates are on sale now.