Kaiser Chiefs confirmed for Forest Live 2020, here's how to get tickets 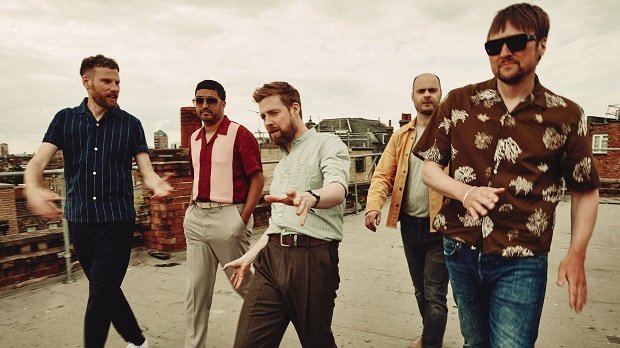 Ricky Wilson and the gang perform in Dalby Forest this June

Kaiser Chiefs are the latest act to be confirmed for Forest Live 2020. The band will perform in Dalby Forest, North Yorkshire on Fri 26 Jun. Tickets for the show are available at 9am on Fri 7 Feb.

The specially-curated programme, managed by Forestry England, is renowned for transforming UK forests into atmospheric music venues throughout the summer. The income generated from ticket sales goes towards sustaining the UK's forests. Previous Forest Live line-ups have included: Pulp, Bryan Ferry, Massive Attack, UB40, Van Morrison and The Human League, among others.

Speaking of their Forest Live show, frontman Ricky Wilson said, 'We're chuffed to be playing a home county gig in Dalby Forest this summer. We last played there in 2016 as part of the Forest Live series and it's an amazing location to perform deep in the woods so we hope you can join us on this escapade.'

Kaiser Chiefs perform in Dalby Forest on Fri 26 Jun. Tickets for the show go on sale at 9am on Fri 7 Feb.