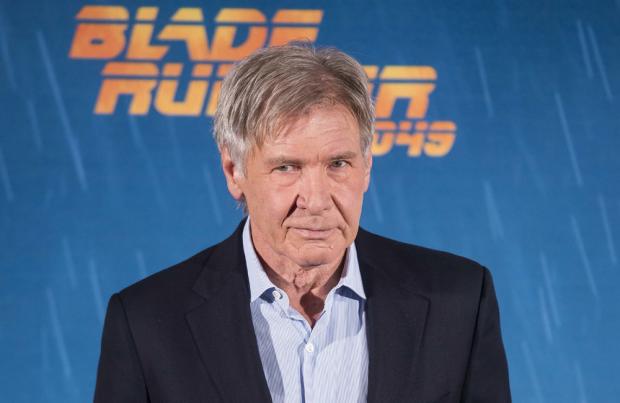 According to Harrison Ford, JJ Abrams' "persuasive" nature prompted his return to the 'Star Wars' franchise

The 77-year-old actor reprised the role of Han Solo in 2015's 'Star Wars: The Force Awakens', and Harrison admits the director was the driving force behind his return.

"He said, 'Sorta dead. You can do this.' He hadn't written anything at that time. But he said, 'This is going to be great.' So I said okay. If JJ asked you do something, you'd probably do it too. He's a very persuasive guy."

Harrison's comeback played an important role in relation to the character of Kylo Ren, played by Adam Driver.

The Hollywood star – whose on-screen character dies in 'The Force Awakens' – now views his part in the movie as a "useful addition" to the plot.

He told USA Today: "It was a useful addition to the story and the continuing development of Adam Driver's character. And the chance to do another scene with Adam was great."

Meanwhile, Harrison is also poised to return to another of his most famous on-screen roles, having recently been confirmed for 'Indiana Jones 5'.

The veteran actor has starred as the titular archaeologist in all four of the franchise's movies, and after he insisted that nobody will ever be able to replace his alter ego, Lucasfilm's boss Kathleen Kennedy confirmed the screen legend is very much "involved" in the project.

Giving an update on the movie's progress, she said: "We're working away, getting the script where we want it to be and then we'll be ready to go.

"Harrison Ford will be involved, yeah. It's not a reboot; it's a continuation."