Peter Kay announces new dates for Dance for Life charity party nights, find out how to get tickets 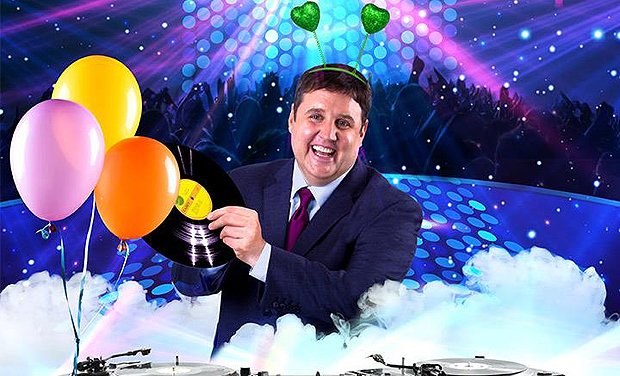 The comedian and actor's fundraising dance-a-thon to call at Manchester, Liverpool and London

Peter Kay has announced a return to the stage after a three-year hiatus with six dates of his Dance for Life charity party night in April and May. Tickets will go on sale at 9am on Fri 28 Feb.

The popular comedian and actor from Lancashire first came to fame when he won the North West Comedian of the Year competition, as well as Channel 4's So You Think You're Funny? In 1997. Kay would go on to win the prestigious Perrier Award at the Edinburgh Festival Fringe the following year, before achieving mainstream success with his first live video show Live at the Top of the Tower in 2000. His acting credits include co-writing and starring in various acclaimed sitcoms, including That Peter Kay Thing, Peter Kay's Car Share and Phoenix Nights.

His 2009 show The Tour That Doesn't Tour… Now On Tour ran for 20 dates at the Manchester Arena, and was eventually registered in the Guinness Book of World Records as the most successful comedy tour of all time, reaching an audience of over 1.2 million. Eight years later, Kay announced his intention to hit the road again, only to cancel all his dates due to family reasons. Three years on, Kay is now back and ready to DJ six nights of his popular three-hour charity dance party, with all proceeds going towards Cancer Research UK. His previous dance-a-thons have raised £180,229.48; fancy dress is highly encouraged.

Tickets for Peter Kay's Dance for Life dates go on sale at 9am on Fri 28 Feb.