Mogwai confirm three UK shows for 2021, find out how to get presale tickets 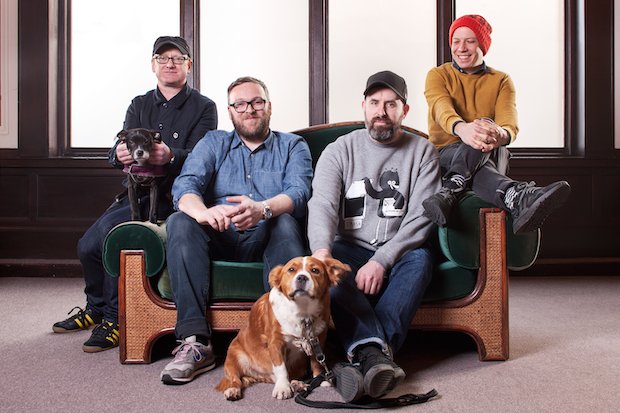 25 years on from Turner/Lower Scottish post-rock group are set to perform in Manchester, London and Glasgow

Mogwai have announced three live shows for 2021. Presale tickets for Mogawi's 2021 UK shows go on sale at 9am on Thu 27 Feb. General sale tickets are available at 9am on Fri 28 Feb.

Shows in London, Manchester and Glasgow will go ahead next February, in line with the 25th anniversary of the band's debut single 'Tuner'/'Lower'.

Mogwai return to the studio this year with producer Dave Fridmann (Rock Action) to begin work on their tenth studio album. The record will follow on from 2017's Every Country's Sun which marked the group's second Top 10 charting album alongside 2014's Rave Tapes.

In 2021 members Stuart Braithwaite, Dominic Aitchison, Martin Bulloch and Barry Burns return to perform hits new and old live across the UK including a hometown gig at Glasgow's SSE Hydro Glasgow on Sat 20 Feb to round off the short string of shows.