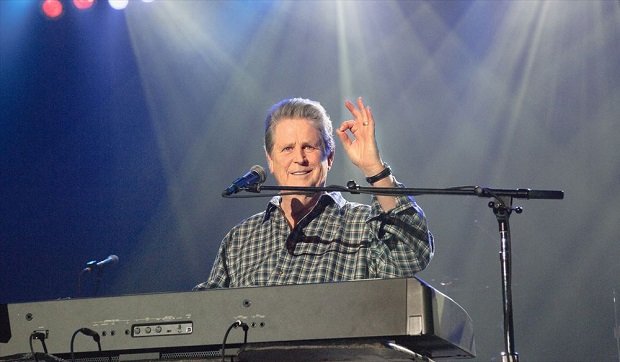 Brian Wilson has confirmed an 11-date tour with his show Good Vibrations Greatest Hits Live. Wilson will deliver greatest hits from his solo works alongside fan favourites from his career with the Beach Boys. Presale tickets for the tour go on sale at 10am on Thu 5 Mar ahead of the general sale at 10am on Fri 6 Mar.

Wilson has been universally hailed for his writing on one of the greatest American music albums Pet Sounds, which came out in 1966. From 1962 onwards, Wilson performed alongside fellow members of the Beach Boys, contributing to innovative vocal and instrumental arrangements of major hits, including 'I Get Around,' 'California Girls', 'Wouldn't It Be Nice', 'God Only Knows' and the no. 1 smash "Good Vibrations'. The Beach Boys album remains one of popular music's most-cited influences.

Wilson has also achieved great success as a solo artist, having released 11 solo works, including his acclaimed 2004 completion of an album he first began recording in the '60s, Brian Wilson Presents…SMiLE. The album earned Wilson his first Grammy, which was followed by his second Grammy win for the production of the Beach Boys' acclaimed 2011 release, The SMiLE Sessions.

The Songwriters Hall of Fame and UK Music Hall of Fame inductee heads out on tour with special guests Al Jardine and Blondie Chaplin from Sun 31 May, kicking things off at Brighton Dome. The final show of the tour goes ahead on Wed 17 Jun at the Cambridge Corn Exchange.

Former Beach Boy member and solo artist Brian Wilson delivers the greatest hits from his solo works alongside fan favourites from his career with the band.