Idlewild celebrate 25th anniversary with 2020 tour, find out how to get tickets 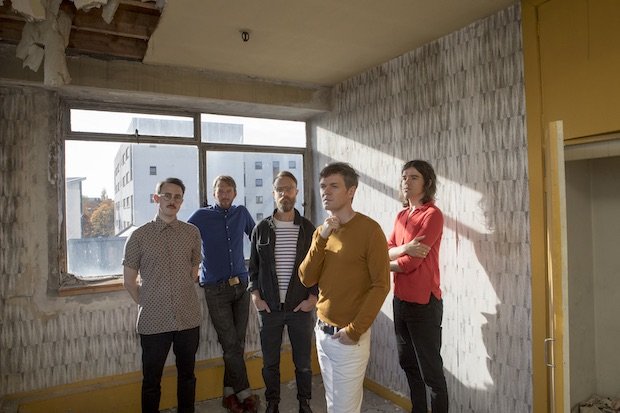 Scottish indie rockers to celebrate a quarter-century of music-making with a special show, featuring former band members and songs old and new

Idlewild have announced they will celebrate their 25th anniversary with their fans as they head out on a six-date tour of the UK and Ireland from November. Tickets for all dates go on general sale at 9am on Fri 13 Mar.

Band members Roddy Woomble, Colin Newton and Rod Jones founded the group in Edinburgh in 1995 and, over a quarter of a century later, the five-piece are still going strong. The band have formulated a special show entitled An Evening With Idlewild, which will showcase their rich back catalogue. Fans can expect everything from their early singles right through to the most recent record Interview Music with plenty of surprises in store, including the appearance of old band members thrown in.

Speaking of the milestone and 2020 tour, vocalist Roddy Womble commented: 'When Rod, Colin and I met and formed Idlewild in 1995, I don't suppose any of us expected that we'd still be playing shows and recording songs together twenty-five years later. It feels great to get the chance to celebrate the records and songs we have made together over the last quarter of a century with our fans, and these very special concerts will feature all the band members who have been part of the Idlewild family and story''

An Evening With Idlewild UK tour kicks off on Wed 4 Nov at the Tramshed in Cardiff and rounds things off nicely with a hometown gig on Sat 14 Nov at the Usher Hall in Edinburgh. This is set to be the first in a series of announcements from Idlewild, with several special projects and releases to be unveiled later in the year.

Tickets for An Evening with Idlewild go on sale at 9am on Fri 13 Mar.