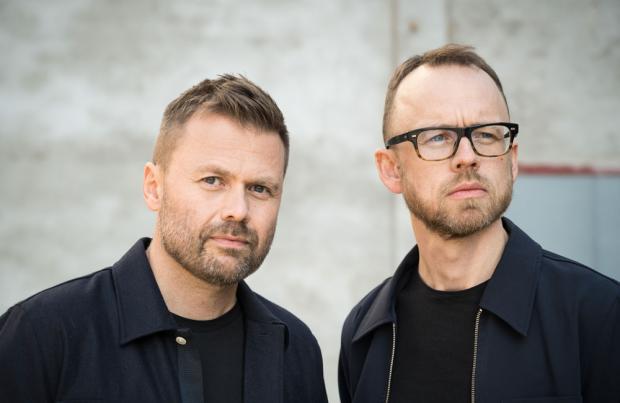 The pair – who have remixed tracks by the likes of Coldplay, Taylor Swift, Ed Sheeran, Bastille and Mike Posner, and most recently teamed up with Goodboys and HRVY on 'Unfamiliar' – would love to give the former Take That star an EDM makeover.

Speaking to the Daily Star newspaper's Wired column, Simen Eriksrud – who is joined by Espen Berg in the electronic production duo – said: "Even though he's doing his stuff and it's probably different to what we were into in his pop years, I remember his song 'No Regrets' many years back.

"And it was such a brilliant pop record.

"His voice is just waiting to come back, he is a really talented songwriter as well so we'd definitely be able to do something there.

"For us it's about the energy and vibe."

Espen added: "What the artists bring in is their uniqueness and we really like to work a voice that you immediately hear and go: 'Oh, that's this artist.'"

The 46-year-old singer was inspired to pen party music for his upcoming follow-up to 2016's 'The Heavy Entertainment Show' and last year's festive LP 'The Christmas Present' after listening to Kylie Minogue's 2001 track, 'Your Disco Needs You', which he co-wrote.

Robbie – who duetted with the Australian pop superstar on 'Kids' in 2000 – said: "I've got to say, as I look down the list of my new songs from my new album, that I don't know when it's coming out. It's got a very disco feel to it."