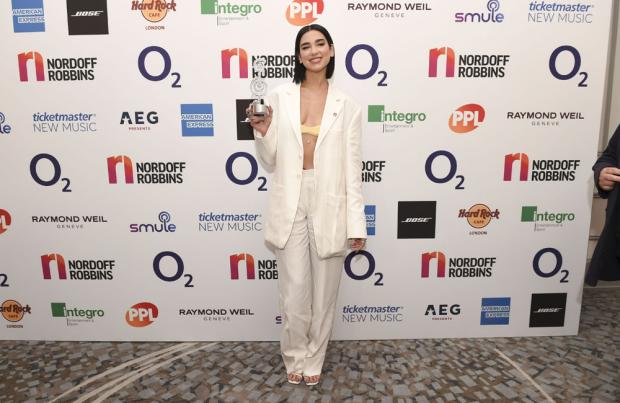 Dua Lipa has recruited Gwen Stefani and Mark Ronson for her remix album of 'Future Nostalgia'.

After the 'Hotter Than Hell' singer announced an upcoming remix of 'Levitating' with Madonna and Missy Elliott by The Blessed Madonna, Dua has announced the 'Club Future Nostalgia: The Remix Album'.

It's set to see a new version of 'Physical' featuring the No Doubt star by the 'Nothing Breaks Like a Heart' hitmaker – who Dua teamed up with on the 2018 mega-hit 'Electricity', along with his Silk City partner Diplo – and will arrive on August 21.

But first, fans will get to hear the 'Levitating' remix on August 14.

Dua recently admitted her "dream" has come true after getting her idol Madonna on her upcoming remix of 'Levitating'.

The Grammy-winner recently admitted she hopes her career lasts for decades just like the Queen of Pop, whilst her manager teased they were getting in contact with the 'Vogue' hitmaker for a collaboration.

And after it was announced that Dua will be joined by Madonna and rap legend Missy on the remix of the track from her second album, she teased: "LEVITATING REMIXED BY THE BLESSED MADONNA FEATURING MY IDOLS MADONNA & MISSY ELLIOTT – 14TH OF AUGUST – DREAM COME TRUE LETS GO!!!!!! (sic)"

The 'Don't Start Now' singer – who is dating model Anwar Hadid, the sibling of Gigi and Bella Hadid – recently said: "I feel like Madonna peaked at 40 or 45 and made the best pop album known, and she continues to kill it."