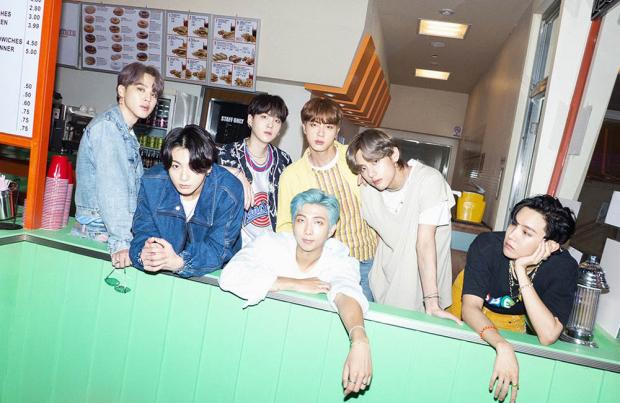 The South Korean boy band surprised fans with a stripped-back acoustic rendition and a fun EDM take on their record-breaking hit.

The remixes come after the original track topped the iTunes charts in 104 regions as well as Spotify's Global Top 50 chart.

'Dynamite' is also in the running for the top spot of the Official Singles Chart, which could give the band their first UK No1.

They also broke the record for the most viewed YouTube video in 24 hours.

The K-Pop megastars – RM, Jin, SUGA, J-Hope, Jimin, V, and Jungkook – made history on Friday (21.08.20), as the music video for the song set the new record for the biggest 24-hour debut, amassing a whopping 101 million views in its first day on the platform.

The track also set the record for biggest music video premiere when it garnered over three million concurrent viewers when it premiered on the platform.

'Dynamite's new record means it is the first, and currently the only, YouTube video in history to receive more than 100 million views within its first 24 hours.

Meanwhile, BTS recently said they hope their new single – which is their first to be sung entirely in English – will bring "happiness and confidence" to their fans amid the coronavirus pandemic.

SUGA said: "'Dynamite' sends a message of happiness and confidence. It says, even though we're going through tough times, let's do what we can in our places, let's find freedom and happiness through dance and music. I would say it's a song dedicated to all the people who felt like they have fallen down whilst running a marathon."