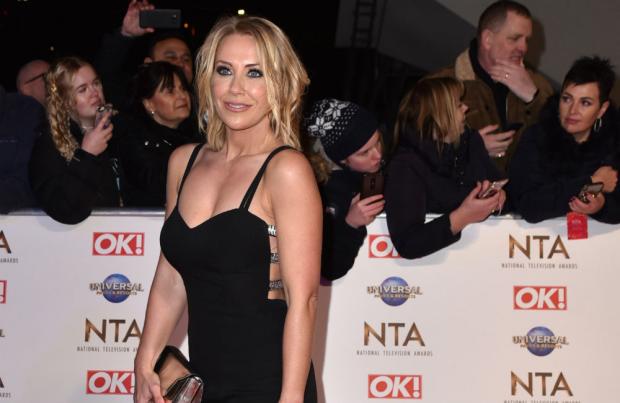 Laura Hamilton was diagnosed with a bleeding disorder after finding huge bruises.

The 38-year-old TV presenter – who has kids Rocco, five, and Tahlia, four, with husband Alex – was suddenly covered in huge bruises after welcoming her second child, which led to a terrifying diagnosis.

She told the Daily Mirror newspaper: "It was terrifying. I had been on quite a strict diet. I'd cut out sugar and carbs and I was the slimmest I'd been. I was exercising loads and felt in really good shape.

"When Tahlia was about seven months old, I was due to drive to Portugal to film a fitness app, but a few days before I was due to go I started noticing all this bruising coming out on my legs."

Eventually, her mother-in-law suggested she should see a doctor, because she suspected the bruising could be caused by a blood disorder.

She said: "The doctor was asking where they'd all come from and if I had any recollection of banging myself. At the time, I had a seven-month-old baby and a young toddler jumping on me all the time, but even considering that, it was a lot of bruising."

The doctor sent her for blood tests to understand Laura's blood platelet levels, which help blood to clot and allow wounds to heal.

Her results revealed her platelet levels were extremely low with a normal platelet count being between 400 and 140 K/uL and Laura's was only 23.

She recalled: "The doctor explained that when platelets drop below a certain point, you're at risk of internal haemorrhaging and bleeding on the brain."

The 'A Place in the Sun' star was diagnosed with immune thrombocytopenic purpura (ITP), an autoimmune condition which causes the body to attack its own platelets and she was told she would need to take a course of steroids to boost her platelet count.

Fortunately, Laura;s condition started to improve before she even had to take the medication.

She added: "Unbelievably, just as I was due to start the course of steroids, my platelet count started improving by itself and I didn't end up having to take the medication."