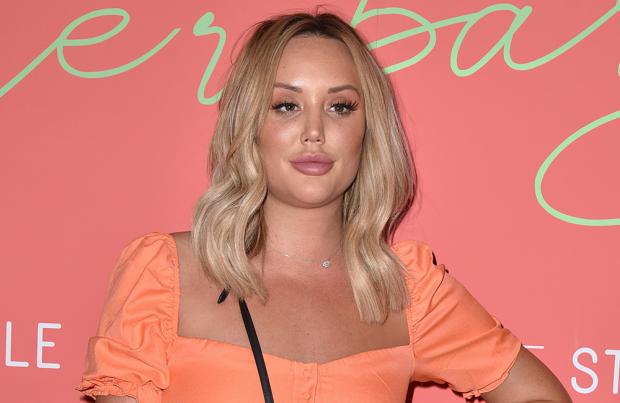 'Geordie Shore' star Charlotte Crosby is set to return to MTV for a spin off series 'Geordie Shore: Their Story'

Charlotte Crosby is set to return for a 'Geordie Shore' spin-off series.

The 30-year-old reality star abruptly left the boozy show in 2016 following a nasty split with co-star Gary 'Gaz' Beadle, but it has now been revealed she will return for a behind-the-scenes series 'Geordie Shore: Their Story'.

Each episode will see a different cast member share their story about their rise to fame since causing havoc in Newcastle, including their family feuds and the change of cast.

As well as discussing their pitfalls of fame and a look at how their priorities have changed as some have since started a family.

Charlotte announced she had quit the popular MTV show on Twitter following a heartbreaking ectopic pregnancy with Gaz, whilst the 32-year-old was filming 'Ex On The Beach' where he slept with other girls.

She wrote: "Sadly because a certain some1 can't admit to being in the wrong and have to write a short story full of excuses. I have made the very hard decision to leave the show, it's something I have went back and forth with for a while now. But I am willing to sacrifice that part of my career in order to be well away from. A liar and a cheat, I'm actually excited to watch the ex on the beach...to see the.. Numerous girls emerge from the water who you slept with behind Lillie's back. You know the girl you all thought he wasn't cheating on?!"

Gaz was quick to respond after Charlotte released a feature talking about her devastating pregnancy.

He fired back: "My victim act are you f****** kidding you did a huge article on something THAT SHOULD OF NEVER BEEN MADE PUBLIC.... Only reason you did it was to turn people against me and for once I have spoken up and u can't handle it... Lashing out on Twitter likemy normally do... I am done."