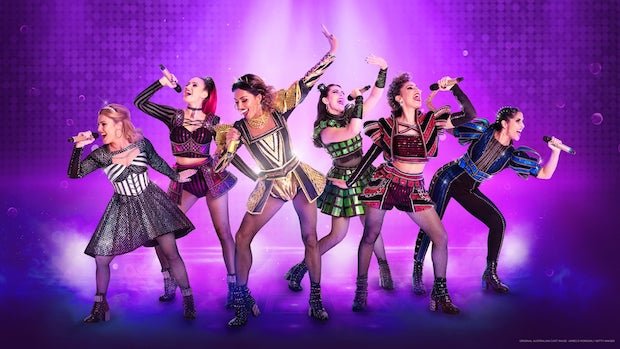 Henry VIII's ex-wives are back! Tickets for the hit show go on sale Friday 18 September

After more than six months of closure, Six: The Musical is set to reopen London's iconic West End this November with a run of socially-distanced shows. The musical will run from Sat 14 Nov—Sun 31 Jan 2021 at the Lyric Theatre. Tickets for the shows are available at 8am on Fri 18 Sep.

The musical first showcased at the Edinburgh Fringe in 2017, garnering multiple four and five-star reviews. Following a successful Fringe run, it premiered at London's Art Theatre in the West End in 2018 and has gone on to tour the UK.

In November, Six: The Musical returns to London, marking the reopening of the West End where theatres have been closed since March. The Lyric Theatre will host the musical for a series of 'COVID-safe' performances. Measures put in place to keep theatre-goers safe include: reduced capacity shows, contactless tickets, temperature tests, rigorous cleaning regimes and hand sanitation stations. Track and trace measures will also be in place and audience members and staff will be required to wear face coverings in some areas of the venue.

Six: The Musical brings new life to the stories of Henry VIII's six ex-wives in a musical spectacular. Each queen takes to the mic in this energetic pop musical featuring 14 original songs. With the help of a live band, the all-female cast 'remix five hundred years of historical heartbreak'. The show was hotly tipped the moment it debuted and in 2019 bagged four nominations at the Laurence Olivier Awards, including Outstanding Achievement in Music and Best Musical.

For those who can't make it to the capital's theatre district, Six: The Musical is also set to run at The Lowry theatre in Salford from Fri 27 Nov—Sun 10 Jan. Tickets for all Salford shows are on sale now.