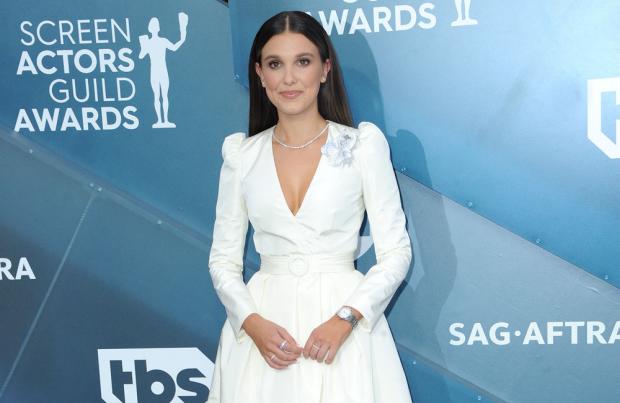 Millie Bobby Brown found it "hard to keep a straight face" on the set of 'Enola Holmes' because she and her co-stars had so much fun.

Millie, 16, admit she would often get the giggles on set because of how hilarious Henry and Sam were to work with.

In an interview on 'Good Morning America', Millie said: "Oh my goodness, you know everyone was trying to keep set fun and light, especially because Mycroft is such a traditionalist. He's very serious all the time.

"To have Sam Claflin on set, he's a very funny person. It's very hard to keep a straight face around him.

"I carry on the laughter and have to take myself off the set, so that's how I know I'm still 16. I definitely crack up at every little thing that Sam does, especially his dance moves."

Millie also praised Henry for being able to immediately get back into character once the joking stops.

Speaking about the Superman actor's talents, she shared: "Something that Henry Cavill is very good at doing is as soon as they say action, he's very good to stop laughing and go right into it."

The Enola Holmes stories were written by novelist Nancy Springer and the new movie is an adaptation of first book 'The Case of the Missing Marquess'.