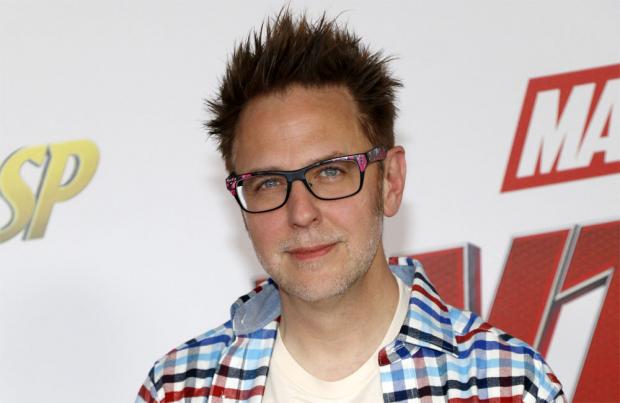 James Gunn is to write and direct a spin-off TV series about the character of Peacemaker, who will appear in 'The Suicide Squad'

James Gunn is to helm a spin-off to 'The Suicide Squad' with John Cena.

The TV series will focus on Cena's alter ego Christopher Smith/Peacemaker from the upcoming DC Comics blockbuster and will focus on the origins of the character.

HBO Max have commissioned an eight-episode series and Gunn will write every episode and will also direct several instalments, including the first.

Gunn will serve as executive producer on the project with Peter Safran, whose previous credits include 'Aquaman' and 'The Conjuring'. WWE Superstar turned actor Cena will act as a co-executive producer.

Talking about the project, the 54-year-old filmmaker said: "Peacemaker is an opportunity to delve into current world issues through the lens of this superhero/supervillain and world's biggest douchebag.

"I'm excited to expand 'The Suicide Squad' and bring this character from the DC film universe to the full breadth of a series. And of course, to be able to work again with John, Peter and my friends at Warner Bros. is the icing on the cake."

Cena, 43, added: "I have said before that it has been a tremendous honour and an incredible opportunity to be part of 'The Suicide Squad' and to work with James on what is going to be a fantastic movie.

"I am unbelievably excited to have the chance to team up with him again for Peacemaker. We can't wait for fans to see this."

It is hoped that the series will begin production in early 2021, before Gunn turns his attention to the Marvel Cinematic Universe flick 'Guardians of the Galaxy Vol. 3'.