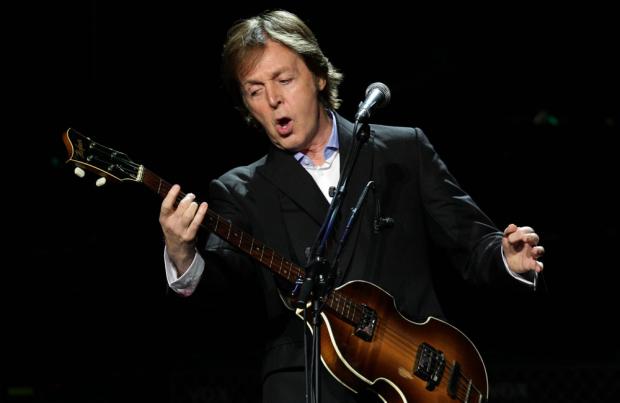 Music's biggest stars, including Sir Paul McCartney and Ed Sheeran, have offered up unseen footage from their Teenage Cancer Trust gigs to raise money for the charity

Unseen footage of gigs by Sir Paul McCartney, Ed Sheeran, Noel Gallagher and more will be shown to raise funds for the Teenage Cancer Trust.

The annual concerts to benefit the charity, which are usually held at the Royal Albert Hall in London, were cancelled this year due to the coronavirus pandemic.

However, the footage, which has not been aired before, will be free to stream next month, with viewers being urged to make a donation to help "provide a lifeline for teenagers with cancer".

Other performances will come from Muse, Paul Weller, Stereophonics, Pulp, Rudimental, Them Crooked Vultures and The Cure.

The Who – whose frontman Roger Daltrey was instrumental in launching the concert series – have also supplied footage.

The first 'Unseen' gig will air on October 8, with Ed Sheeran's 2017 performance.

McCartney, Daltrey, The Rolling Stones' Ronnie Wood and Weller joined forces for a rendition of The Beatles' 'Get Back' in 2012.

Rock trio Muse played in 2008, while The Cure played a three-hour set on two consecutive nights in 2014.

The very first show in 2000, saw The Who joined on stage by the likes of Paul Weller, Stereophonics frontman Kelly Jones and Gallagher.

This year, they were hoping to raise £1 million for the charity, before it was postponed due to COVID-19.

Daltrey said: "So here we are, six months into one of the strangest times in living memory. Where everyone has had some sense of what isolation, even for short periods, can do to the state of our mental health. Without the environment and services that Teenage Cancer Trust provide within our NHS, specifically for this age group, isolation throughout their lengthy treatments becomes a strong possibility. Through Teenage Cancer Trust, the UK has led the world in recognising the specific issues that this age group with cancer suffer, please donate generously to make sure this vital work continues through these difficult times."

There will also be a raffle to raise vital funds for Teenage Cancer Trust, with entries costing £5.

The prizes include a Schecter guitar signed by Robert Smith of The Cure – which he played for the Teenage Cancer Trust shows in 2014 – and 10 signed and personalised poster prints by the 'Friday I'm In Love' hitmakers.

Plus, prints by Stereophonics, Noel Gallagher, Nile Rogers, Ed Sheeran and The Who.