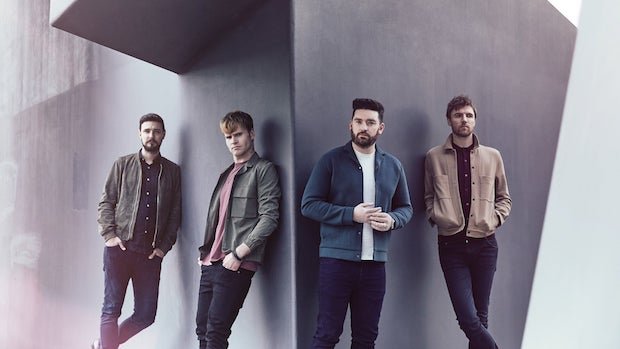 Kodaline have announced that they will embark on a 13-date UK tour throughout May 2021. Tickets are available from 10am on Fri 9 Oct.

The Irish rock band are set to release the deluxe edition of their fourth studio record One Day At A Time this November. The album was the fourth consecutive record from the group to reach the top 2 on the Official Irish Albums Chart. The new release features a host of reimagined and new tracks from the album.

The group released track 'Everyone Changes' as a single this week. The song features vocalist Gabrielle Aplin and will appear on the forthcoming LP, alongside a Christmas song 'This Must Be Christmas' and two cover songs.

Tickets for Kodaline go on sale at 10am on Fri 9 Oct.