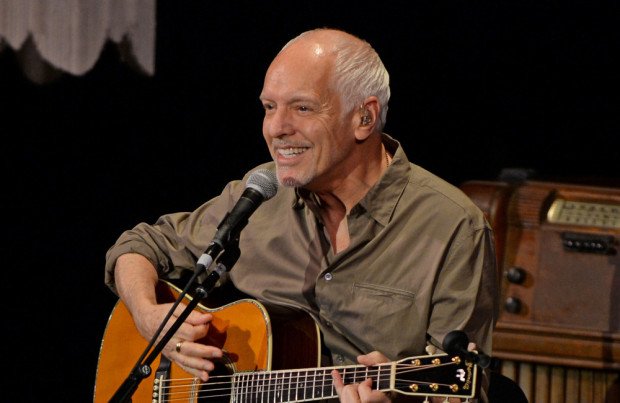 'Do You Feel Like I Do?' singer Peter Frampton claims Pete Townshend wanted him to join The Who

Peter Frampton claimed he was once offered a spot in The Who.

The 70-year-old rocker has revealed how after firing his manager Dee Anthony – when he was still struggling financially and creatively – he received a call from Pete Townshend saying he was leaving the band, and asking if he would take his place.

Speaking to The Guardian newspaper, he laughed: "It was the most bizarre thing I ever heard. Three men couldn't fill his shoes!"

He initially turned the offer down, before – influenced by his financial state – calling back a few days later, but Townshend acted like the initial conversation hadn't happened.

Peter has reflected on his business relationship with Anthony – who died in 2009 – and insisted his manager told people not to discuss money with him.

"He didn’t want me thinking about what was going on. It was criminal. I could have put him in jail.”

Peter – who has opened up about his rise and fall in his memoir 'Do You Feel Like I Do?' – also addressed his highly publicised health battle after being diagnosed with a degenerative muscle disease called inclusion-body myositis.

Despite the ailment, he is staying positive despite the "life-changing" condition, as he can still play guitar at home, and just worked on a new track with members of the Doobie Brothers.

He said: "It’s life-changing, not life-ending. Is it sad? Yeah. But I have to put it in perspective.

"I’m here. And I’m very pleased with how everything in my life turned out.”