Orchestral Manoeuvres in the Dark confirm UK anniversary tour for 2021, sign up for presale tickets 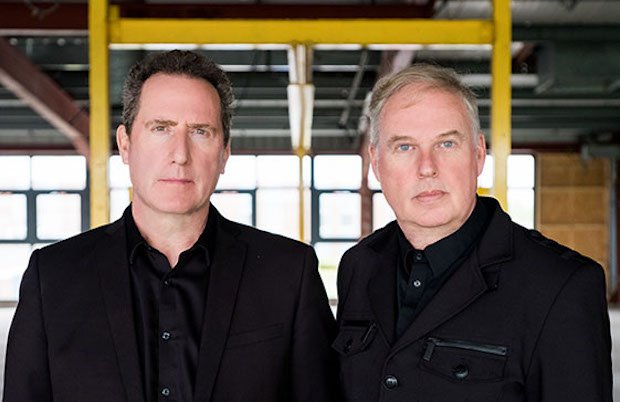 Orchestral Manoeuvres in the Dark have announced a 15-date UK tour for late 2021. Presale tickets for the shows go on sale at 10am on Thu 29 Oct ahead of the general sale at 10am on Fri 20 Oct. Sign up below to receive the presale link straight to your inbox.

Formed in the Wirral in 1978, OMD are today considered pioneers of synth-pop. They achieved chart success and critical acclaim for tracks like 'Enola Gay', 'Souvenir', 'Talking Loud and Clear' and 'Joan of Arc'.

OMD celebrated their 40th anniversary back in 2019 with a UK-wide tour. In 2021 the band will celebrate 40 years of seminal album Architecture & Morality. The record was the third to be released by the group and was met with critical acclaim and hailed as the 'the blueprint of synth-pop' by The Morning News.

The tour will see the band perform songs from their iconic album plus many more hits from their back catalogue. Kicking off in Glasgow, the tour works its way across the UK with a stop at London's Eventim Apollo and Liverpool for a hometown show at the Liverpool Empire.

Speaking of the tour, OMD's co-founder Andy McCluskey commented: 'After purgatory without the oxygen of live performance to energise both artist and audience, what joy it is to know we will be able to share these moments again!'

Tickets for OMD's Dark Achitecture & Morality 2021 UK tour go on sale at 10am on Fri 30 Oct. Presale tickets are available at 10am on Thu 29 Oct. Sign up below to receive the presale link straight to your inbox.

Veteran synth pop act performing favourites from their back catalogue.

Andy McCluskey is pushed to pick his highlights from the 40 years of Orchestral Manoeuvres In The Dark (OMD): there have been so many. There’s the time he first held their debut single, Electricity, on Factory Records. There was the first of their staggering 29 Top Of The Pops appearances, when the Wirral electronic…