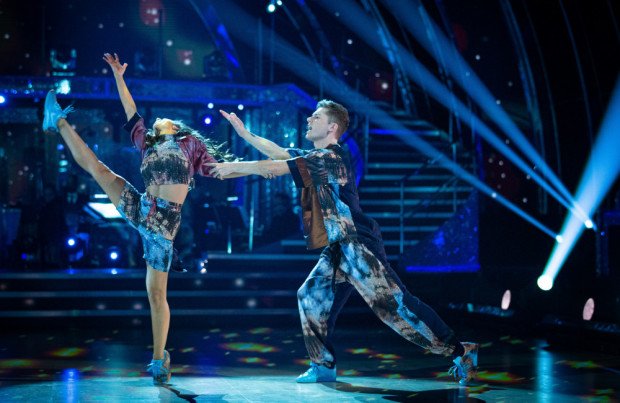 The singer and his professional partner topped the leaderboard on the BBC One Latin and ballroom show on Saturday night (28.11.20) with their Couples' Choice dance.

The duo danced to Coldplay's 'A Sky Full Of Stars', impressing the three judges – Shirley Ballas, Motsi Mabuse and Craig Revel Horwood – who all gave him 10 out of 10 for his dance.

Craig just had one word to congratulate HRVY, "GOAT", which is an acronym for 'Greatest Of All Time'. Shirley praised HRVY's amazing lifting skills and Motsi said it was "unbelievable".

Claudia said: "You have made history. There has never been a perfect score in week six."

And it was also a record for Janette, who also said it was her first perfect score on the show.

HRVY was joined virtually in the studio by his family – including parents Nicky and Leigh – who praised his dancing skills and cheered him on from home. Nicky was wearing a t-shirt emblazoned with a picture of HRVY and Janette on as she offered the dancing duo her support.

Meanwhile, Maisie Smith and Gorka Marquez returned from two weeks running in the dance off to do an incredible quickstep to 'When You're Smiling', amassing a total of 29 out of 30.

JJ Chalmers virtually returned to his Scottish roots for a Viennese waltz to the song 'Rescue' with his partner Amy Dowden, scoring 25 points and placing third on the leaderboard.