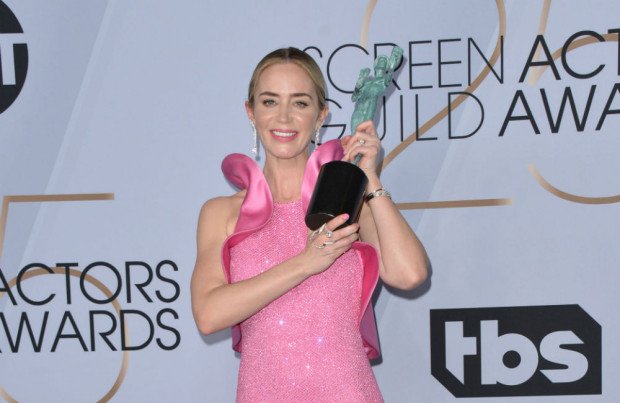 Emily Blunt felt that 'Wild Mountain Thyme' came at "just the right time" in her career.

The 37-year-old actress stars as Irish farmer Rosemary Muldoon in John Patrick Shanley's drama and revealed that she embraced working on a project that was "left of centre".

Emily said: "When it came into my life, it was rather serendipitous because I had been saying to myself, 'Oh, I'd love to do something intimate and something a bit left of centre.'

"So it came in it at just the right time, and I was completely bewitched by it when I read the script. I mean, I knew because it was Shanley. You know you're going to read something singularly unique, and I just loved it. I feel in love with these bizarre, lonely farmers. I just really loved it."

The 'A Quiet Place' star also praised the performance of her co-star Jamie Dornan and feels that the character of Anthony Reilly "fit him like a glove".

Emily explained: "I just knew that I would have a blast with him. He is incredibly funny and he is such a talent.

"I'm really excited for people to see Jamie in this role because I think there's a perception of seeing him in a certain light, and as he would self-professedly tell you, all of his insecure awkwardness and oddities are able to come out in one character. It fit him like a glove, this role, and so it was easy peasy. It was just a joy."

Blunt confessed that she had trouble nailing the Irish accent her character speaks with.

She told The Hollywood Reporter: "I don't know how many accents there are just in England, and it's the same in Ireland. I think there's 50 to 100 different accents just in Ireland.

"We had to learn a very specific midland, rural, quite thick accent, and it sounds completely different from a metropolitan, sort of Dublin Irish accent. I don't even know all the accents. So accents are tricky. You just do your best and that's all you can hope for."