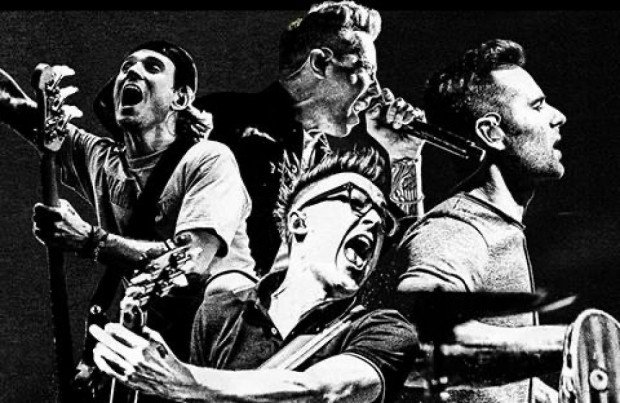 McFly will rock The O2 arena in London again in November 2021, two years after their 'One Night Only' comeback concert

McFly have announced a one-off gig at London's The O2 arena next year.

The 'Obviously' hitmakers will return to the venue on November 21, 2021 for the ‘One Night Only....Again’ show, two years after their major comeback gig there in November 2019, which was dubbed the 'One Night Only’ show.

The band – comprising Tom Fletcher, Danny Jones, Dougie Poynter and Harry Judd – also embark on a tour of the UK in May in support of their latest album, 'Young Dumb Thrills', which kicks off on May 10 at Liverpool's M&S Bank Arena.

Fans signed up to the McFly Total Access subscription service and O2 customers can get tickets for The O2 date in a pre-sale on Wednesday (16.12.20) at 9am, with general on sale tickets available from Friday (18.12.20) at 9am.

The gig announcement follows the launch of McFly Total Access, a platform to provide exclusive video content, live-stream performances, band Q&A's, and much more for their loyal fan base to interact with.

For £9.99 a month or £99 per year, the service is the number one destination for all things McFly.

The idea came about as the live music industry was shut down amid the Covid-19 pandemic.

The 'Happiness' band even invested in their own Total Access HQ building in London, which boasts a recording studio and rehearsal space, where they will work on new material and also give fans an insight into their creative process.

What's more, in creating McFly Total Access, the pop group have been able to offer jobs to their crew members who lost work as a result of pandemic.

Meanwhile, drummer Harry recently teased they are eager to get back into the studio to make more tunes.

He said: “It’s a unique bond that you have as a band, particularly as a band that’s had longevity and success.

“Making music together, that’s really the fun bit. So to have Young Dumb Thrills ready to listen to, we now just can’t wait to get going again and start making more music.”