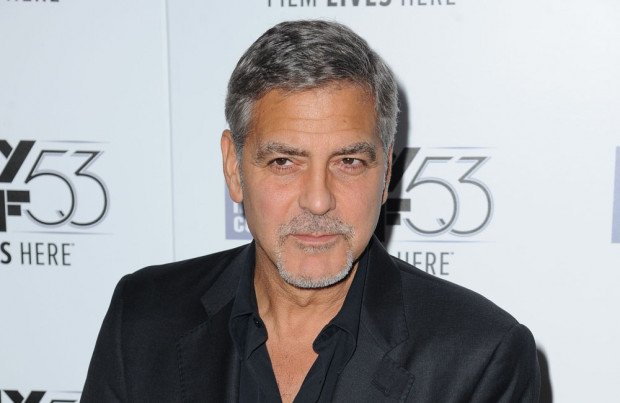 George Clooney says the coronavirus pandemic is “changing the temperature” of his upcoming movie, ‘The Midnight Sky’, which will premiere on Netflix this week

George Clooney says the coronavirus pandemic is “changing the temperature” of his upcoming movie, ‘The Midnight Sky’.

The 59-year-old actor stars in and directs the upcoming sci-fi drama, which is set 30 years in the future, and tells the story of an unspecified calamity that has threatened to make Earth unlivable, as a team of astronauts return from a scouting mission at a potentially inhabitable moon of Jupiter.

George finished filming the movie in February, before the coronavirus pandemic took hold, and has said the events of 2020 have now changed the deeper meaning of the film.

He said: “Well, there wasn’t a pandemic when we started, right? That’s sort of changing the temperature of what the movie is about.”

The Hollywood star – who plays a terminally ill scientist in the film, which is based on the novel by Lily Brooks-Dalton – believes ‘The Midnight Sky’ is a “hopeful film”, which addresses the “hatred and anger” present in the world today, as well as “communication”, which people began to miss during this year’s lockdown.

He added: “There’s so much hatred and anger right now in the world. When I was pitching Netflix on the way I wanted to tell the story, I said, ‘It’s not inconceivable that 30 years from now, playing this kind of hatred forward, we blow the whole thing up.’ I consider this a hopeful film, but it was important to say that the toxic anger and hatred could pour into the world and we could really do something stupid. And then the pandemic happened, and the movie also becomes about communication and being able to touch and talk to and see one another.”

‘The Midnight Sky’ is set to premiere on Netflix on Wednesday (23.12.20), and George has admitted he’s a little disappointed fans won’t be able to see the flick in cinemas.

He told The Wrap: “We shot it on 65 (mm), and it was really designed to be shown on IMAX. It’s frustrating, because I don’t really see that happening in the normal world. There’ll be some drive-in theatres, maybe, but in general I don’t see much of a chance of us being on a big screen. It’s not safe now.”