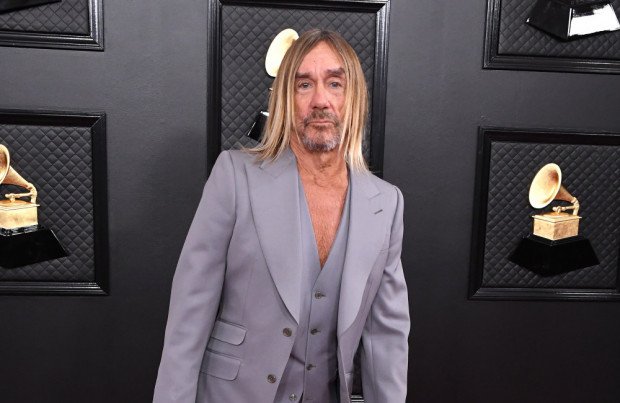 Iggy Pop has dropped a new tune, 'Dirty Little Virus', which references Covid-19, and he was driven to pen the song because coronavirus has had such a huge impact on everyone's lives

The 73-year-old singer's new tune starts with the lyrics "Covid-19 is on the scene", and Iggy was driven to pen the tune because coronavirus has had such a huge impact on everyone's lives this year.

In an accompanying video posted on his YouTube channel, he explained: "I was moved to write a direct lyric, not something too emotional or deep – more like journalism.

"Who, what, when, where. I left out the 'why', because that gets too complex, but I put in how I felt about it.

"It was a stopper for me. It's been the big thing happening in my life, and everybody else's, I reckon, for almost a year now.

"If there was still a Man Of The Year, it would be the virus. So, I wrote the lyric."

Other lyrics include "grandfather’s dead/ got Trump instead", and, "she’s only 19, but she can kill ya", as well as "dirty little virus sleeping inside us/ gone are the pay days/ gone are the play days".

Iggy recorded the vocals for the song, which he co-wrote with Leron Thomas, at the Safe And Sound Mobile Studio in Miami.

Before the virus wreaked havoc on the world, the 'Lust for Life' hitmaker was handed a Lifetime Achievement Award at the Grammy Awards in January.

But Iggy was shocked when he got a call from the Recording Academy to confirm he would be receiving the accolade.

"But they said, ‘You won.’ And I said, ‘Well, is there anything I have to do? Is it contingent on anything?’ And they said, ‘No. It can never be changed.’ So I thought that was okay. That was nice.”