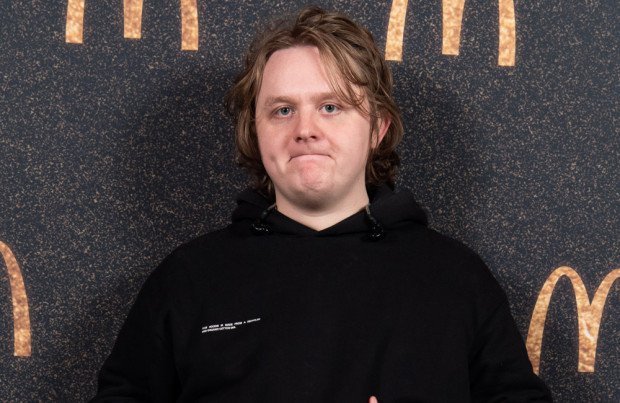 LadBaby would "love to collaborate" with Lewis Capaldi or Robbie Williams.

The 33-year-old blogger and YouTuber – whose real name is Mark Hoyle – has teamed up with his wife Roxanne (LadBaby Mum) and their sons Phoenix and Kobe on their third sausage roll-themed charity Christmas song – 'Don't Stop Me Eatin'' – after claiming the UK’s Christmas number one with 'We Built This City’ in 2018 and 'I Love Sausage Rolls', their spin on Joan Jett & the Blackhearts' 'I Love Rock 'n' Roll’, last year.

Speaking to the Daily Star newspaper's Wired column, he said "I think a lot of people don't see what we do as real music. I can never get anyone to collaborate.

"Lewis Capaldi told me on Twitter last year that he wanted to 'Lady and the Tramp a sausage roll' with me but I can't get hold of him.

"We would love to  collaborate whether it's something silly, or more of what they do. Whether it's Robbie Williams or anyone, the door is always open."

Meanwhile, LadBaby – who have raised thousands of pounds for The Trussell Trust – have decided to snub the BRIT Awards in 2021 after being ignored themselves over the past two years.

Mark explained: "We won't go next year. We'll save ourselves the embarrassment and remember we've done something better than the BRIT Awards can ever do.

"We do so much for the charity it would be nice to get some sort of recognition."

However, the act did recently team up with Ronan Keating on a slow version of their spoof of Journey's 'Don't Stop Believin''.

Mark recently said: “Rox and I still can’t believe this has happen! WE got to record a song ABOUT SAUSAGE ROLLS with Ronan Keating!!!!! A very surreal moment to hear a musical icon you’ve grown up listening to, singing a song you’ve written in your living room about sausage rolls to help raise money to feed people in poverty in the UK. Unbelievable. As a great man once said 'Life is a rollercoaster, you’ve just got to ride it.' (sic)"