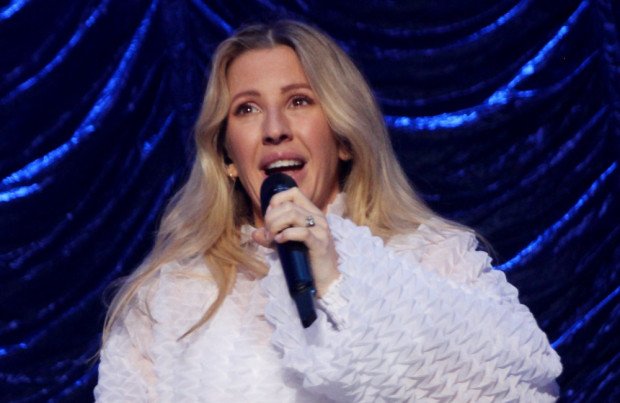 The 'Close to Me' hitmaker answered fans questions during a Q&A on Instagram Live recently and revealed when they can expect her first new material since 2020's 'Brightest Blue'.

Ellie replied to one follower who asked her when her next song will be out: “Well, what do we all have to lose . . . end of January.”

The 34-year-old pop star is due to hit the road for her rescheduled tour in support of her fourth studio album.

The run kicks off on April 28 at the O2 Apollo in Manchester, and wraps in Dublin, Ireland on May 12.

Meanwhile, the 'Love Me Like You Do' hitmaker recently criticised music awards for a lack of "transparency".

Ellie questioned the process behind the allocation of trophies, and admitted the industry "saddens" her because such events celebrate "internal politics" and "industry relationships" over the work of an artist.

In a piece titled 'The start of a conversation' for Medium, she wrote: "I sit and wonder when the industry stopped reflecting the impulses that drive us as musicians.

"I sit and wonder when factors such as industry relationships, internal politics, and magazine covers started being rewarded before the music itself.

The 'On My Mind' hitmaker hit out at the music industry for rewarding people "for reasons that are hard to decipher".

She added: "People are being awarded – in the form of both nominations and category wins – for reasons that are hard to decipher.

"If both the most globally popular artists and most critically revered artists are not being recognised, how do we, as artists, go on?”

Ellie insisted he wasn't directing her piece at artists who have won or been nominated for top prizes, but simply insisted that people want some clarity regarding the process as a whole.

She said: "I, and so many others, just want some transparency...

"It is time to have a bigger discussion about where we are going and how we acknowledge and reward those who are, frankly, the reason this industry exists in the first place."

Her comments came after The Grammys revealed no nominations for The Weeknd's album ‘After Hours’ and his song ‘Blinding Lights’ – the latter of which was Spotify's most streamed track of 2020.

Hitting out at the decision himself after branding the ceremony "corrupt", he recently said: "You owe me, my fans and the industry transparency."