Yungblud felt like he was 'on another planet' with the late David Bowie while performing Life on Mars? 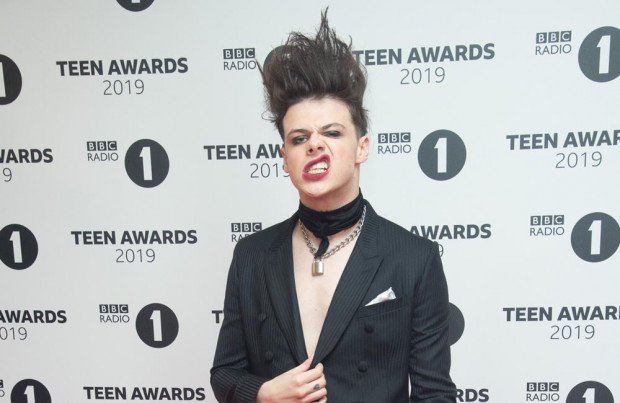 Yungblud has revealed he felt like he could feel David Bowie's presence when he performed 'Life on Mars?' in tribute to the late music legend

Yungblud felt like he met the late David Bowie while performing a cover of 'Life on Mars?'.

The 'cotton candy' singer put his own spin on the late music icon's 1971 hit for the virtual tribute concert, 'A Bowie Celebration: Just For One Day', over the weekend to mark what would have been his 74th birthday, and he admitted it was like being on a different planet with the 'Space Oddity' singer, who passed away from cancer in 2016.

After the gig, Yungblud – whose real name is Dom Harrison – said on his Instagram Story: "Doing that Bowie concert last night was one of the best f****** experiences in me life. I think it's really rare when you kind of feel your f****** idols and someone you have literally based everything and your whole existence around. I felt like I met him somehow last night and it was the best night of my life. It felt like I was on a different planet and he was f****** there with me. I know it sounds mental as f***. I will post it later today. I can't wait for you all to see it, I sang 'Life on Mars?' and it was mental."

Mike recently went as far as to hail Yungblud, 23, as the "Bowie of our generation".

He said last week of the Doncaster chart-topper: "I mean, me and Yungblud have become close friends. We were talking yesterday on the phone, he’s in England and I’m in LA and he’s just great. He gets it, and that’s why I asked him to be a part of this show, he just get’s it.

There may be people that can look like David or try to recreate what he has already done – but Yungblud is the real deal, he’s the Bowie of your generation. I also wanted to reach out to his fans, who were not even born when David Bowie was making history and I was touring Spiders from Mars in 1972 with him – I’d love for the younger generation to know where all of this influence comes from. Because I see so many elements of the youth today that emulate what Bowie started, androgyny, queer identity, exploring one’s self and using art as self-expression no matter how crazy it looks or sounds."