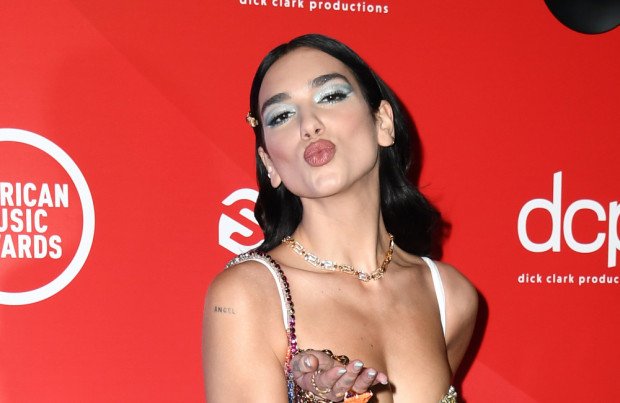 Dua Lipa is set to drop some B-sides to 'Future Nostalgia' soon.

The 'Levitating' hitmaker took to her social media pages over the weekend to tease the imminent release of the companion tracks to her chart-topping LP.

Dua captioned what is seemingly a black and white promo snap of herself crouching on the floor: "B-sides are on the way...."

Since the release of the 'Don't Start Now' hitmaker's second studio album, Dua has given fans the remix record, 'Club Future Nostalgia', plus the Studio 2054 live event, while she recently teamed up with Kylie Minogue on a remixed version of the disco icon's track, 'Real Groove'.

Meanwhile, Dua recently revealed she wants to "branch out" in her career.

The 25-year-old singer – who released her self-titled debut album in 2017 – has already achieved record-breaking success with her two records and she'd now love to launch her own fashion brand.

She said: “I’d love to do something fun in terms of fashion. At the moment, my focus is music, but I want to be able to branch out and do something else. I would love to start a brand at some point, even if I start off really small. I have to take it in baby steps.”

Dua believes it is harder for women to find success in the music industry and wants to to be able to path the way for more women to become successful before she moves on to other projects.

She added: “For women, it’s a lot harder to solidify yourself as an individual in music. In a perfect world, we wouldn’t have to prove ourselves so much to the point that maybe we run ourselves into the ground of being like, ‘I must be heard.’ But that is the world we’re in right now. I like to prove that I can do it. I’m stubborn.”