Cardi B wanted Up to be 'more cocky' than WAP 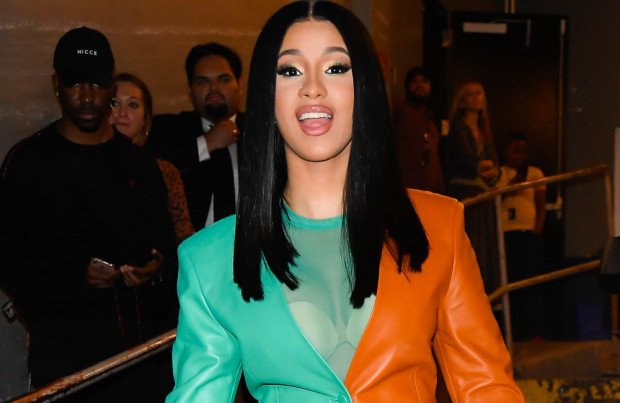 Cardi B has released her new single, 'Up', and the accompanying music video and explained that she wanted it to sound "more cocky" and "gangster"

The 28-year-old rapper has dropped her first track of 2021 and the eye-popping music video, which is helmed by Tanu Muino, who flew from the Ukraine to shoot the promo.

Cardi bids farewell to 2020 with a funeral for the unprecedented year with a gravestone with "RIP 2020" on it and also locks lips and tongues with a group of female dancers in the racy video.

And she's explained that she didn't want to repeat herself and recreate another video and song like ‘WAP’, and insisted the goal was to create "something more gangster" and inspired by the Chicago Drill music scene.

"My last song was very sexual, very sexual. So I always want my next songs to be different than the one before. If a topic on one of my songs is money, the other topic I want it to be about something else. When I started rapping, when I first put music out, like my mixtape, it was all … This might sound crazy, but I got really inspired of Drill Chicago music. I was young, and I liked that and everything, so my mixtape was very all about gangster violence. If it’s up, then it’s stuck. That’s where I wanted to take it with this record."

'Up' is set to feature on Cardi's follow-up to her 2018 critically-acclaimed debut studio album, 'Invasion of Privacy’.

The bold promo – which saw the girls film at a mansion with real-life snakes with the likes of Kylie Jenner and Normani – cost the eye-watering sum, Cardi told a fan on Twitter.

She wrote: "Fun fact : Bodak yellow music video cost me 15 thousand dollars .I was in Dubai and I said ....I gotta fly picture (videographer) out here ...BOOM BOOM BANG ! Ya know the rest . (sic)"

A follower then replied: "girl that’s a lot (sic)"