Millie Bobby Brown: My Godzilla vs. Kong character is a 'badass' 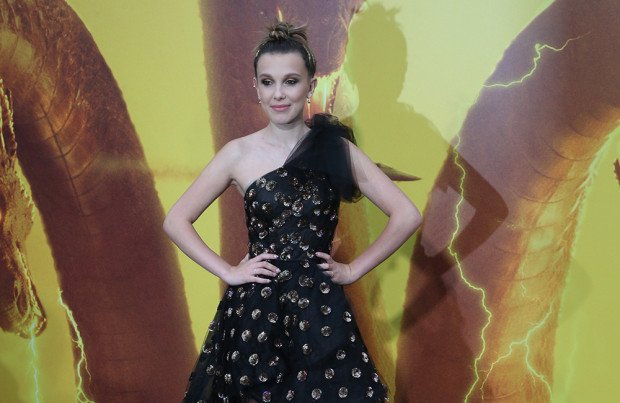 Millie Bobby Brown has suggested that Madison Russel is more of a "badass" in 'Godzilla vs. Kong'

Millie Bobby Brown says that her character in 'Godzilla vs. Kong' is a "badass".

The 17-year-old actress returns to the role of Madison Russell in the upcoming monster movie and hinted that the character has become tougher after the death of her mother Emma (Vera Farmiga) in the movie's predecessor 'Godzilla: King of the Monsters'.

Asked about how Madison has developed since the previous flick, Millie said: "OK, awesome. So five years have gone by and Madison has grown up. It's definitely a coming-of-age story for her. Her storyline has definitely evolved greatly in the way she deals with things, her attitude towards life, how much stronger she is as a person.

"Really trying to follow in her mother's footsteps as well as becoming stronger, more independent and understanding of what she needs to do. Five years have gone by and she's basically a badass."

Millie has hinted that her character will have a close relationship with Godzilla in this movie and is becoming more "knowledgeable" about the monster.

She told the website Collider: "I mean, in the first movie 'King of the Monsters', her relationship with Godzilla was pretty distant. It was only really like what talks about him. And she was, I'm sure, very curious.

"There are moments in 'King of the Monsters', where she gets to have amazing scenes with him, but definitely this movie, 'Godzilla vs. Kong', it's much more about the technical side of it, learning more about his, the data of him as a Titan. It's much more technical and she's becoming more knowledgeable of him."

The 'Stranger Things' star said: "He's a perfect fit because he is the realist and he's also just absolutely, utterly adorable. Everybody is going to fall in love with him because Madison has, and you can tell – He's taken her in after such a tragedy in the first movie."