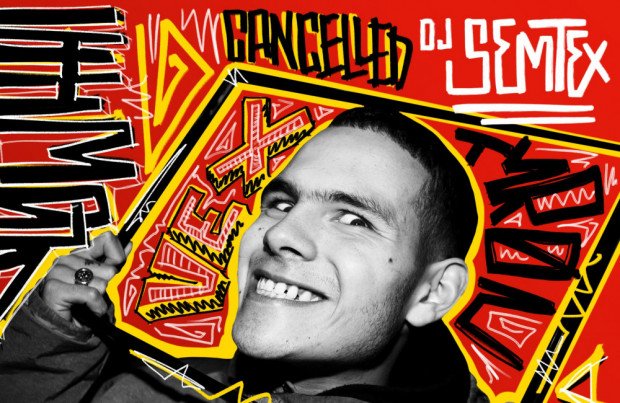 The 26-year-old rapper has revealed the 'Bonkers' hitmaker is at the top of his list of fellow rap stars he'd love to team up with on a track.

Speaking to DJ Semtex on his 'Hip Hop Raised Me' podcast, the 'My High' star said: "I want to do something with Dizzee but like it’s got to be the right man I don’t know you know what I’m saying? I think I need to be in the room with him and like just bounce off each other work…"

Semtex replied: "Yeah because you two would get on."

To which, slowthai responded: "Yeah it’ll happen man, it’ll happen! We got to link up anyway even not on a music thing, just a normal innit."

Slowthai also spoke about being signed by megastar A$AP Rocky's label AWGE and how the 'Praise the Lord' hitmaker would come to his shows without anyone knowing.

He recalled: "He'd (Rocky) come to shows like he had been, he told me recently he'd been coming without it being known like he’d be at the back, and like I think Virgil was one of the first people. He's like a tastemaker and all this you know what I'm saying? So he was like saying, 'Yo, this kid's hard', and then when you link up with Rocky he’s just like real man. I think when someone's real with you, you can only be real with them and then from that, like people who are real can sense when someone's a bull******* you know, what I'm saying? So I was just myself and man f***** with it. If he didn’t f***with it I'll just keep doing my thing regardless. It didn't matter if it was him, it could have been f****** P Diddy. He could be like, 'Yo like ten bills man it’s whatever'. Until it's like a real thing what the f*** does it matter bruv, just be cool I like your music, you like mine boom we either link up and make something, and if we don't make something it’s bless bro we linked up, that’s it! I just keep it friendship man."

The full interview with slowthai is available on the latest episode of DJ Semtex's 'Hip Hop Raised Me' podcast, out now on all major podcasting platforms.