Robbie Williams 'would be a troll without fame' 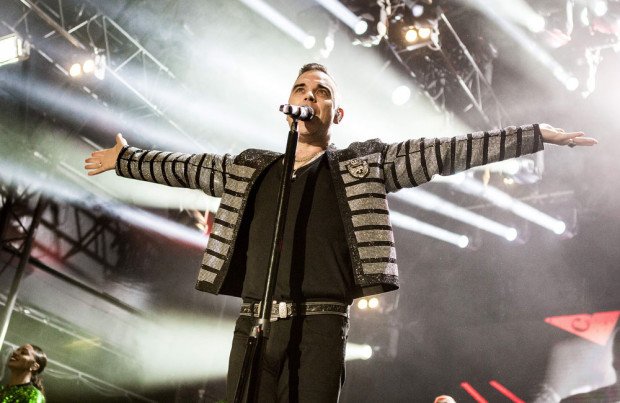 According to Robbie Williams, he would probably be a troll if he wasn't a pop star

Robbie Williams would be a troll if he wasn’t a pop star.

The 47-year-old singer – who first found fame in Take That – admits he would criticise himself if he was a normal guy looking at Robbie Williams the pop star.

Robbie observed that fellow pop star James Blunt has faced similar criticism for his music over the years.

He told the 'Talent Takes Practice' podcast: "James Blunt has been pillared, hated, despised. He’s had to work out a way, like karate, to make the power coming at him work in his favour, belittle himself, joke about himself, be mean about himself, join in with it.

"There’s these things about how easy James Blunt had to get to what he got to, I don’t believe that … Everybody has a journey, everybody finds it immensely difficult.

"In the case of James Blunt, he’s actually a war hero. There’s stuff he’s done for our country, albeit as a captain, which we might get sniffy at, he still did it.

"I’ve got a lot of respect for him. I’ve been to see him a few times, really enjoyed his gigs."