Cardi B congratulates lesser-known artists ahead of Grammy Awards 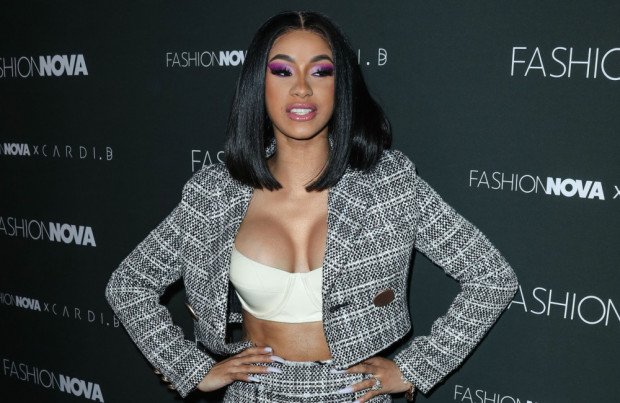 Cardi B has congratulated some of the lesser-known Grammy nominees on social media.

The 28-year-old rap star has taken to Twitter to hail a group of "small" black artists who received nods ahead of the ceremony, amid The Weeknd's criticism of the awards show.

Above a lengthy statement, Cardi wrote: "How I feel bout the Grammies .Don’t forget to congratulate the small black artist that got nominated that got overshadowed again cause of the drama .It’s their moment finally ! (sic)"

In her statement, Cardi added: "I do feel that there were some albums and songs that should have been considered for nominations. Maybe by next year they will get it right.

Cardi offered her congratulations to the lesser-known artists and reminded her followers that they had "working their a** off" for their success.

Her statement read: "Besides all the b******* let's not forget to congratulate these artists. This is their moment too and they been working their a** off with no exposure and let's not overshadow it with feelings cause your favorite might not be on the list. (sic)"

Cardi hasn't been nominated at this year's Grammy Awards, but the 'WAP' hitmaker is set to perform at the ceremony in Los Angeles.

The rap star also blasted artists for "throwing tantrums" ahead of the event, although she didn't cite anyone in particular.

She wrote on Twitter: "I’m highlighting these underrated artist that got nominated and no one blinked a eye to congratulate them cause everybody throwing tantrums over artist that submit their music to a award show that they claim they hate .AGAIN CONGRATS TO YALL ! (sic)"