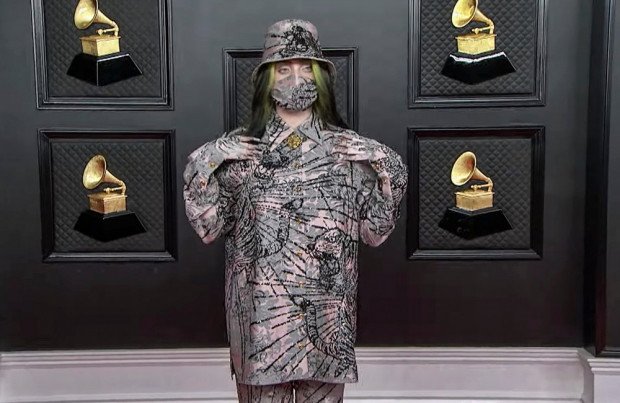 Billie Eilish won the coveted Record of the Year honour at the Grammy Awards on Sunday (14.03.21), while Beyonce made history after her four wins took her to a total of 28, and Taylor Swift scooped Album of the Year

The 19-year-old singer felt "embarrassed" to accept the night's biggest honour for 'Everything I Wanted' because she was thought Megan Thee Stallion "deserved" it more for 'Savage', her collaboration with Beyonce.

Accepting the accolade from Sir Ringo Starr, she said:

She said: "I'm embarrassed. Megan, girl, I was going to write a speech about how you deserves this, but then I was like, 'There's no way they're going to choose me. You deserve this.

"This is really embarrassing for me. I was like, 'It's hers'. You deserve this.

"You had a year I think was untoppable, you are a queen, I want to cry thinking about how much I love you.

"You're so beautiful, you're so talented, you deserve everything in the world. I think about you constantly, I root for you always. You deserve it, honestly. Genuinely, this goes to her. Can we cheer for Megan Thee Stallion please."

Elsewhere at the socially-distanced ceremony in Los Angeles – which was held largely outside the city's Convention Center – Beyonce made history after winning four prizes.

Her accolades – Best R&B Performance for 'Black Parade', Best Rap Song and Best Rap Performance for 'Savage' with Megan Thee Stallion, and Best Music Video for 'Brown Skin Girl' – meant she now has a total of 28 Grammies, making her the most decorated female in awards history after she surpassed Alison Krauss' record of 27 wins.

Accepting Best R&B Performance and breaking the record, she said: "I'm so honoured. I'm so excited...

"I can't believe this happened, it's such a magical night."

Meanwhile, Taylor Swift became the first woman to win Album of the Year three times after accepting the honour for 'Folklore', and H.E.R. was a surprise winner of 'Song of the Year' for ‘I Can't Breathe’.

Harry Styles – who won his first Grammy Award for Best Pop Vocal Performance for 'Watermelon Sugar' – kicked off the musical performances at Los Angeles' Convention Center – with a shirtless rendition of 'Fine Line', while other performers included Taylor, Billie, DaBaby, and Dua Lipa.

Megan and Cardi B were widely credited for stealing the show with a raunchy performance of their controversial single 'WAP', which had many of its lyrics bleeped out, and BTS recreated the entire Grammy Awards set for their performance of 'Dynamite', which was filmed in Seoul, South Korea.

Record of the Year

‘Everything I Wanted’ — Billie Eilish

Song of the Year:

Album of the Year:

‘Rain On Me’ — Lady Gaga with Ariana Grande

‘The New Abnormal’ — The Strokes 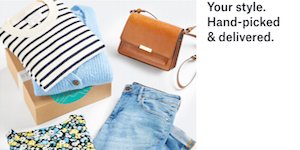 Leave your wardrobe in the safe hands of stylish professionals. Try the Stitch Fix personal styling service for £10.