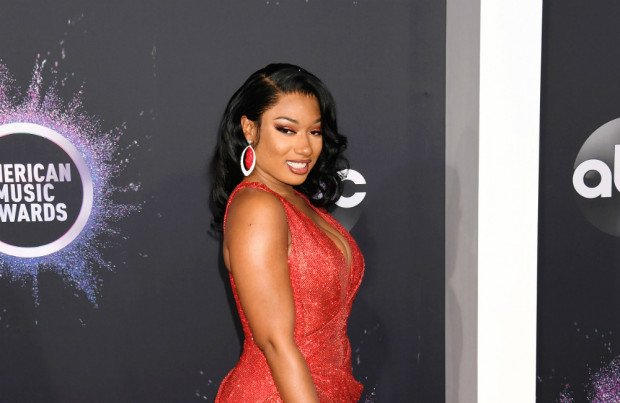 Megan Thee Stallion has won her first Grammy Award, after she was named the winner of Best Rap Performance for her hit single ‘Savage’ during the awards' pre-ceremony

The 26-year-old singer was among the winners during the pre-ceremony for the 2021 Grammy Awards, where several of the smaller categories were announced ahead of the main show which takes place later on Sunday (14.03.21) night.

Megan won the trophy for Best Rap Performance for her hit single ‘Savage’, which also features Beyonce, and took to social media after the news was announced to share her excitement with her fans.

She simply wrote: “AHHHHHHHJHGJDKNBOOM (sic)”, accompanied by a row of crying emojis.

Elsewhere in the pre-ceremony, Lady Gaga and Ariana Grande beat the likes of BTS, Taylor Swift and Bon Iver, and Justin Bieber and Quavo to be named Best Pop Duo/Group Performance for their song ‘Rain On Me’, and The Strokes were given the gong for Best Rock Album for their record, ‘The New Abnormal’.

Beyonce’s daughter, Blue Ivy Carter, became one of the youngest Grammy winners ever thanks to her feature on her mother’s song ‘Brown Skin Girl’, which picked up the award for Best Music Video.

There was also an early win for Billie Eilish and her brother Finneas O’Connell, as ‘No Time To Die’ – which is the theme for the upcoming James Bond movie of the same name – was named the Best Song Written For Visual Media.

Other winners in the pre-ceremony included Burna Boy, who won Best Global Music Album, John Legend, who took home the Best R&B Album award, Kanye West, who was given the Best Contemporary Christian Music Album trophy, and Fiona Apple, who picked up both the Best Rock Performance and Best Alternative Music Album awards.