Demi Lovato announces new album Dancing with the Devil... The Art of Starting Over 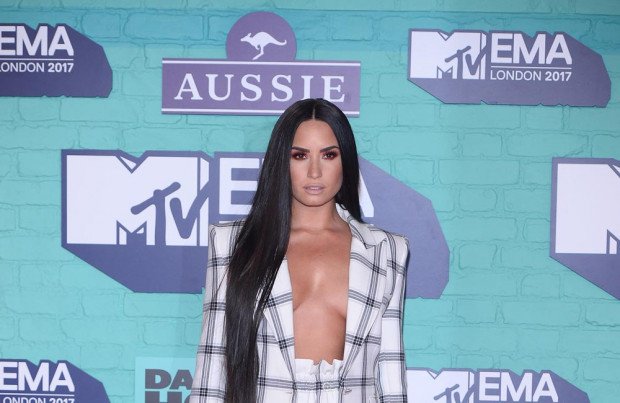 Demi Lovato has teased her upcoming album, 'Dancing with the Devil…The Art of Starting Over', which documents the past few years of her life

Demi Lovato is set to release her new album, 'Dancing with the Devil…The Art of Starting Over', on April 2.

The follow-up to 2017's 'Tell Me You Love Me' was teased by Demi during a live-stream event on Clubhouse and is set to act as a companion to her upcoming documentary series, 'Demi Lovato: Dancing with the Devil', which explores aspects that led to the singer's nearly fatal overdose in 2018, and her "awakenings in the aftermath".

During the live-stream on the app on Monday (15.03.21), Demi detailed: “It really does follow the course of my life and the path it’s taken over the past few years."

The 28-year-old star also teased that she has recorded collaborations with “three different, incredible women.”

It's also claimed that the "deeply personal" LP, which boasts 19 songs and three bonus tracks, is executive produced by Demi and her manager, Scooter Braun.

In a statement, Demi said of her four-part documentary series, which will be available on YouTube starting March 23: "It's been two years since I came face-to-face with the darkest point in my life, and now I'm ready to share my story with the world. For the first time, you'll be able to see my chronicle of struggle and ongoing healing from my point of view. I'm grateful that I was able to take this journey to face my past head-on and finally share it with the world."