Robbie Williams' stage persona is not the real Robbie 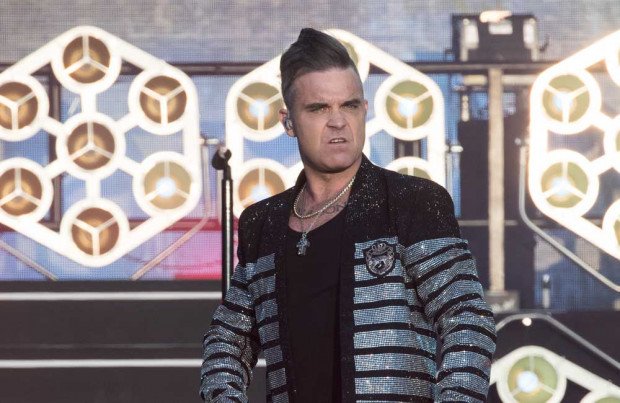 The 47-year-old pop star has insisted the person on stage is not the real Robbie, a father-of-four.

The 'Angels' hitmaker – who has Teddy, eight, Charlie, six, Coco, two, and Beau, 13 months, with spouse Ayda Field – said: “Weirdly, when I do gigs, Robbie Williams is like a construct, he’s like a superhero.

The ‘Rock DJ’ hitmaker – who shot to fame in Take That – explained how sometimes his stage persona doesn’t turn up to work and normal Robbie gets petrified of entertaining large crowds.

He told the 'Talent Takes Practice podcast: “I did Hyde Park and I get on stage and I never know if he’s going to turn up or if I’m going to do it myself. “At Hyde Park for the first four songs in front of 70,000 people, Robbie didn’t turn up and I had to do it and it’s f****** terrifying.

He said “I saw Tim Curry in The Rocky Horror Show and went. ‘That’s f****** ace, I want to be that.’ “I’m just being Frankenfurter when I get on stage, that’s all I’m being, I’m sort of mirroring people that adored growing up and they’ve amalgamated into the performer that I am.”