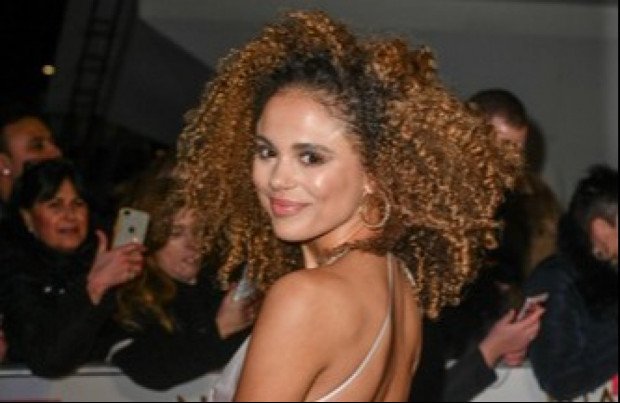 Jessica Plummer has landed her first major role since leaving 'EastEnders', as Emma in HBO Max's 'The Girl Before'

The 28-year-old actress – who played Chantelle Atkins from 2019 to 2020 – has joined Gugu Mbatha-Raw and David Oyelowo in HBO Max and BBC One’s limited series 'The Girl Before'.

The four-part series is adapted from the JP Delaney novel of the same name and follows Jane (Mbatha-Raw), a traumatised woman who moves into a minimalist townhouse on One Folgate Street.

However, she soon discovers her high-tech home is under the control of the architect (Oyelowo) and finds out another girl has lived there and gone through the same experience.

Jessica joins the series as Emma, a fun-loving woman who is better known as "the girl before" after previously living in One Folgate Street.

According to Deadline, her logline reads: “Fun loving and confident, Emma is stuck working at an unfulfilling marketing job, and is less than satisfied with her partner. "For her, One Folgate Street’s stone walls represent security, safety and renewal. But Emma is hiding a dark secret and, living in the pressure cooker that is One Folgate Street, the truth will out in the end.”

It marks Jessica's first major role since she starred as Chantelle in 'EastEnders' and became widely recognised for highlighting the issue of domestic violence, after her character died at the hands of her husband, Gray Atkins, who is portrayed by Toby-Alexander Smith.

Chantelle met her demise in September when Gray pushed her onto an upturned knife in the dishwasher.

Jessica admitted afterwards she was "in absolute bits" about her 'EastEnders' exit.

"On a personal note, I am in absolute bits to be leaving the show. I miss even this bits I thought I hated (that dodgy outside toilet near the police station with 20 million spiders)

"All of it has been a dream come true. Without getting speechy, I owe SO many people my thanks for believing in me on my journey.

"Julia Crampsie, my agent Jonathan, Liza Mellody, Carolyn Weinstein, Jon Sen, Kate Oates .. and SO many more, including our viewers

"I came from a girl band, wanting nothing more than to prove myself as the actor I trained to be.

"I was trusted with such an important story, on one of the most iconic soaps in history