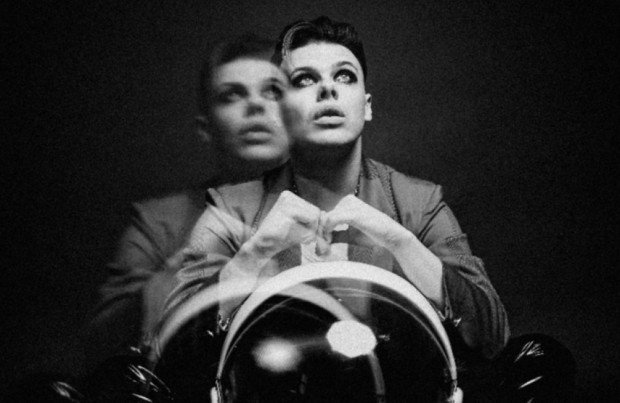 Yungblud has released 'Life on Mars? (Live at A Bowie Celebration 2021)'.

Following his show-stopping performance of the classic with the late music legend's longtime keyboard player, Mike Garson, at the virtual 'A Bowie Celebration: Just For One Day’ tribute concert in January, the 'cotton candy' hitmaker has made the live cover available to stream on all major platforms.

Plus, Yungblud is set to drop merchandise inspired by NASA and created in honour of the Mars Perseverance Rover from 4pm GMT/11am EST.

He said:“im doing a merch drop with nasa and being allowed to release a cover of my favourite song by my favourite artist. someone f****** pinch me. (sic)"

Yungblud's cover of David Bowie's 'Life on Mars?' was played during NASA's landing of the Perseverance rover on the Red Planet.

The spacecraft was sent to Mars last month, along with a tiny helicopter to find out if there really is life on Mars.

And the space-obsessed 'mars' hitmaker couldn't believe it when he found out his rendition of Bowie's 1971 hit was going to soundtrack the historical landing.

Yungblud – whose real name is Dom Harrison – shared how he thought his manager was quitting his job to become an astronaut when he told his client NASA had been on the phone to him.

The 23-year-old star said: “First of all, I am as ready as a rabbit on Easter. I love space so I am here for it. I remember my 23-year-old manager rings me on the phone. It was late cos he’s in LA and it must have been midnight cos I’d had a couple of beers, so I was already kind of out there.

“He’s like, ‘Yo, I just got off the phone with NASA’. I’m like, ‘Alright, yeah cool, what’s it about? You leaving me to go be an astronaut?’

“He said, ‘No you idiot, it’s about you! If the Mars rover lands successfully, they’re gonna play your cover of your favourite artist of all time, David Bowie, alongside it. I’m just like, ‘Nah man’, that just sounds like someone is just completely off their head telling you a mad story.

“It’s completely unfathomable. Someone needs to slap me so I’ll wake up.”

The ‘weird!’ singer also admitted it was like being on a different planet with the 'Space Oddity’ singer – who passed away from cancer in 2016 – when he performed the cover.

He told fans on Instagram after the gig: "Doing that Bowie concert last night was one of the best f****** experiences in me life. I think it's really rare when you kind of feel your f****** idols and someone you have literally based everything and your whole existence around. I felt like I met him somehow last night and it was the best night of my life. It felt like I was on a different planet and he was f****** there with me. I know it sounds mental as f***. I will post it later today. I can't wait for you all to see it, I sang 'Life on Mars?' and it was mental."