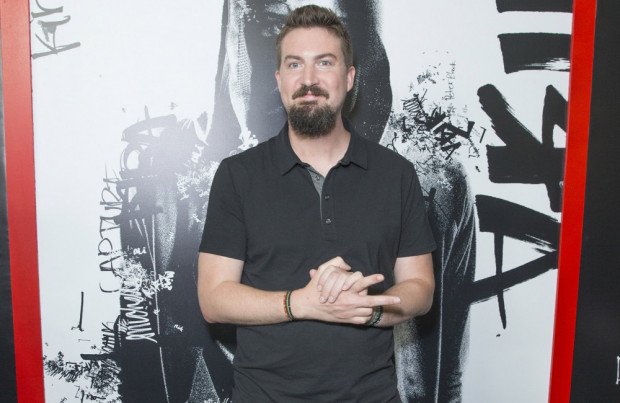 The 38-year-old director is helming a follow up to the 1997 action film and hopes that John and Nicolas will reprise their roles as FBI agent Sean Archer and terrorist Castor Troy respectively to provide a "definitive continuation" to the original.

Adam said: "Some people just assume when I say that it just means it takes place in the world of 'Face/Off'.

"To me, 'Face/Off' isn't about a procedure or anything like that. It's not about the world that the characters exist in. It's about Sean Archer and it's about Castor Troy. That's what this movie is about. It's the continuation of that story. It's hard to talk about other than that but this is, to me, the definitive continuation of that saga."

The 'Godzilla vs. Kong' director revealed that Travolta and Cage are interested in the project but it depends on the quality of the script penned by Wingard and Simon Barrett.

"Simon and I are very close to turning in our draft to Paramount soon. We'll have to get over those hurdles of do they like this movie? They've read our outline. Everybody's on board with it but actually turning in the script's a different thing so we'll see how everybody reacts to it."

The original movie was direct by John Woo and centred on Archer's all-consuming mission to catch Troy – the man who killed his son.

Taking going undercover to the extreme, Archer undergoes cutting edge facial transplant surgery so he can take the face of Troy and head into prison in order to prevent another attack after the criminal falls into a coma when eventually arrested.

However, Troy unexpectedly awakes from his coma and takes on Archer's face which leaves the real Archer desperate to stop his nemesis and reclaim his face and life.

Wingard has stated that the two characters will be at the centre of the plot for the new movie.

He said: "This is a story about Sean Archer and Castor Troy. To stick with that, the story is leading us in a very specific direction."