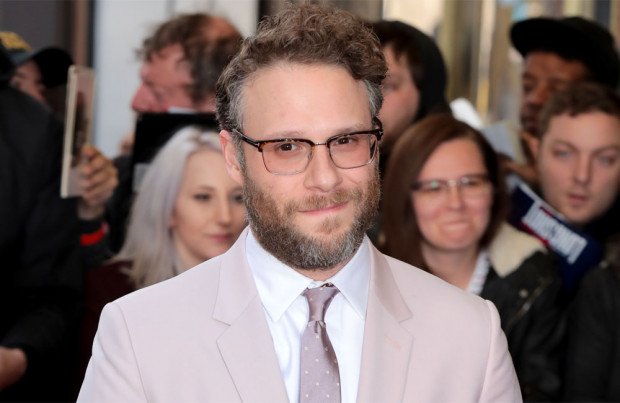 Seth Rogen has joined the cast of Steven Spielberg's new film, which is loosely based on the legendary director's upbringing

Seth Rogen is to star in Steven Spielberg's new movie that will be loosely based on the director's life.

The 38-year-old actor has been tapped to play the favourite uncle of the young Spielberg in the film, which is partly based on the legendary filmmaker's upbringing in Arizona.

Seth joins Michelle Williams – who will play a role inspired by Spielberg's mother – in the cast of the untitled film which is being helmed by the 'Jaws' director.

Steven, 74, is also set to co-write the personal movie with Tony Kushner, who has penned several of the iconic director's films in the past. The flick will begin shooting this summer with an expectation that it will be released sometime in 2022.

According to Deadline, casting for the film has been very secretive leading to Hollywood buzz over who would land the coveted roles of the family and friends who inspired Spielberg growing up.

The director is now looking to cast the remaining parts which include children at multiple age levels, one of which will play the part inspired by a young Spielberg.

Steven has often talked about how his upbringing in Arizona was an inspiration for many of his films – from stories to characters. This project will be the first time viewers will be able to gain perspective on the filmmaker behind movies such as 'E.T. the Extra-Terrestrial' and the 'Indiana Jones' franchise.

Seth previously starred in the comedy flick 'Pineapple Express' but revealed that the sequel was turned down due to budget concerns.

The star revealed that he was keen to make a follow-up to the 2008 comedy movie but Sony baulked at the cost, which was revealed when the company was hacked in 2014.

Seth said: "We tried to make one and thanks to the Sony hack you can actually find the email when Sony decided to kill the movie and not make it.

"It was something we were very open to several years ago, but Sony was not interested in it."