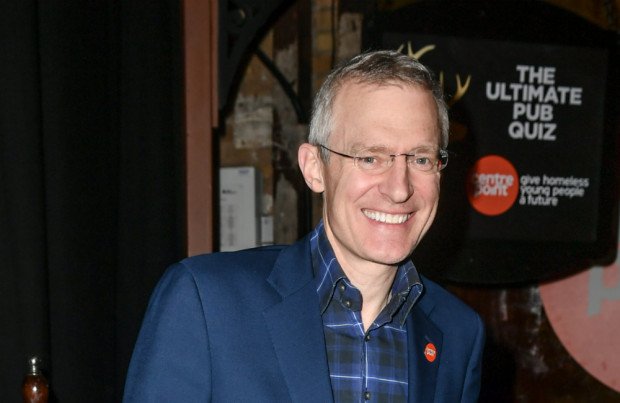 Jeremy Vine has claimed the BBC axed 'Eggheads' in a bid to attract younger viewers.

The 55-year-old presenter – whose hit quiz show has made the move to Channel 5 after an announcement earlier this month – has weighed in on the broadcaster's decision, and he admitted even popular programmes are at risk.

He told the Radio Times magazine: "The good old BBC are very aware they need to innovate constantly and bring on a younger audience.

"If you’re a successful show – which 'Eggheads' is with over 2,000 editions – you’re always going to be vulnerable to somebody saying, 'I think we can find something better.' "

The show – which sees teams testing their knowledge against top quiz champions – started in 2003 with Jeremy joining in 2003, and he has hailed 'Eggheads' as "one of the greatest quizzes in British TV history".

He added: "I’m sure fans of Eggheads will share in my delight it has found a new home on Channel 5.”

The channel's Commissioning Editor Daniel Pearl recently commented: "I’m delighted that 'Eggheads', one of the UK’s most loved quiz shows, has found a brand-new home on Channel 5.

"This is yet another step in the transformation of Channel 5 as it grows its audience rapidly."

Meanwhile, BBC previously explained the decision was made to help the broadcaster "grow new shows", while wishing Jeremy and the team all the best for the future.

A spokesman said: "We sometimes have to make difficult decisions in order to grow new shows and we would like to thank the Eggheads and Jeremy Vine, and wish them well with their next chapter.”

The host revealed news of the show's move on his own daytime 'Jeremy Vine Show' recently during a game of Hangman with viewers as audience members phoned in to guess letters.

Judith rounded things off to reveal the word "Eggheads", and Jonna Lumley confirmed the exciting news.

She said: "Jeremy's big announcement is that 'Eggheads' is coming back!"

The host – who has fronted the programme since 2008 – added: "The programme which I presented for more than 10 years, 'Eggheads', one of the greatest quizzes in the history of British TV, is moving to Channel 5 later this year."