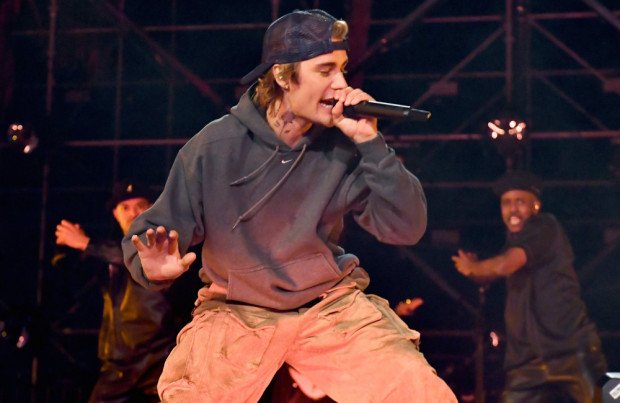 The 'Yummy' singer released his new album last week, just seven months after he brought out LP 'Changes' and though he'd always planned to make two records "back-to-back", he was keen for them to be entirely separate projects and scrapped a number of songs leftover from the sessions for the earlier album.

His music director, Bernard 'Harv' Harvey – who also co-wrote and co-produced 'Somebody' and 'Peaches' for 'Justice' – told Vulture: “The original plan was to do two albums back-to-back [but keep them separate].

“We literally started from scratch.

"We wanted 'Justice' to have its own sound, its own identity, so we put those old songs back on the shelf.”

And to better establish the divide, Justin brought in a number of new writers, including Gregory 'Aldae' Hein.

Aldae said of the record: “People know Justin as a pop star,” he says of the shift. “I think he crushes the R&B, but I personally love this style of music more with him.”

And a high standard was set for the album early on in the process.

Harv said: “It’s about making sure that this album is going to be the best album of the year. “Every producer and writer, we all had that same idea.”

Back in December, the 27-year-old singer held a meeting with his collaborators to talk about how "important" the record was to him.

Aldae recalled: “He talked about how important this album was to us, and how his name actually was translated to justice [from Latin], and how important it was for him to make an impact, and how he was in this high position.

"He was calling on us to help be the vessel for what he wanted to channel into the world.

"He was very vulnerable with us about wanting to put that goodness into the songs.”

Once recording was complete, it was a careful process to choose the 16 tracks that make up the album.

Harv said: “It’s a format, how we track-list the album. We kind of let the album grow as you listen to it.

“We literally sat down and listened to every song and made sure that they all sounded like they were on the same project.

“For me, it was kind of hard, ’cause I had way more songs that were supposed to be on the album, but it just didn’t [fit together with the sound]. That was a moment for me to be like, OK, it’s about the full body of work.”