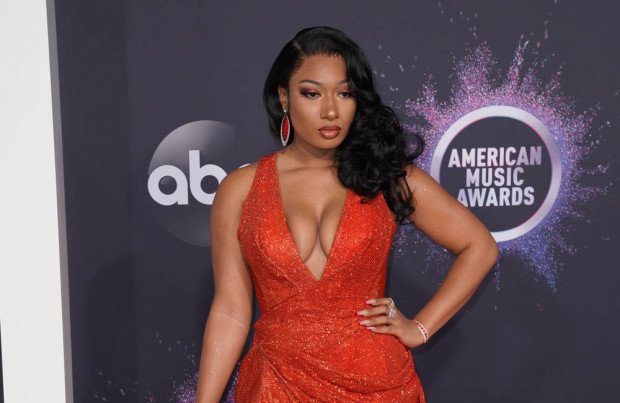 The 26-year-old rapper picked up Best Rap Song and Best Rap Performance for ‘Savage’, as well as Best New Artist at the ceremony earlier this month and she admitted her triumph at the event, at which she also performed, surpassed any of her expectations.

She said: “The Grammys win means my peers respect my art.

“It was always a dream of mine to perform at the Grammys, but to win three? I still can’t believe it. It also means I have to work harder than ever. Now I have to achieve bigger goals.”

Megan was the first female artist to win Best Rap Song and she’s “proud” to have set the record, which she hopes will encourage other female rappers to follow in her footsteps.

“My team told me about the honour and I’m proud to kick open the door.

“I hope that next year, and for all the years to come, women continue to get a seat at all the tables.”

Megan was shocked when she won her first Grammy for Best Rap Performance during the evening’s pre-show ceremony, and she admitted the entire night felt like a dream.

She recalled: “Just before the Grammys it was amazing ... I had my family and friends with me, we were all together while I was getting dressed.

“And then the pre-tel was actually running early and I had to jump in front of the camera. I didn’t even have my dress on yet. I was in such shock, I had no idea what to say.

“I had my notes, but honestly? I didn’t know what to expect so I wasn’t ready.

“Then the blessings continued with the two other Grammy wins, and each time I just felt like I was dreaming. And I got to wear custom Dolce & Gabbana.”